A few things have struck me about the 4th of July celebrations, a few very important things that are a must have on the 4th, beer (preferably craft beer), food (preferably BBQ) more beer and of course last but not least fireworks. Well this year we managed to have all three in abundance. So we made merry, ate our fill and exploded the driveway...just joking +GIEnterprises Oregon , we didn't actually explode the driveway but we did have a whole lot of fun with the fireworks.

We might as well start this 4th of July post with the food images captured on the day. We had BBQ pork ribs, two racks and they were delicious. And the bonus was that we had plenty of leftovers for the next day. 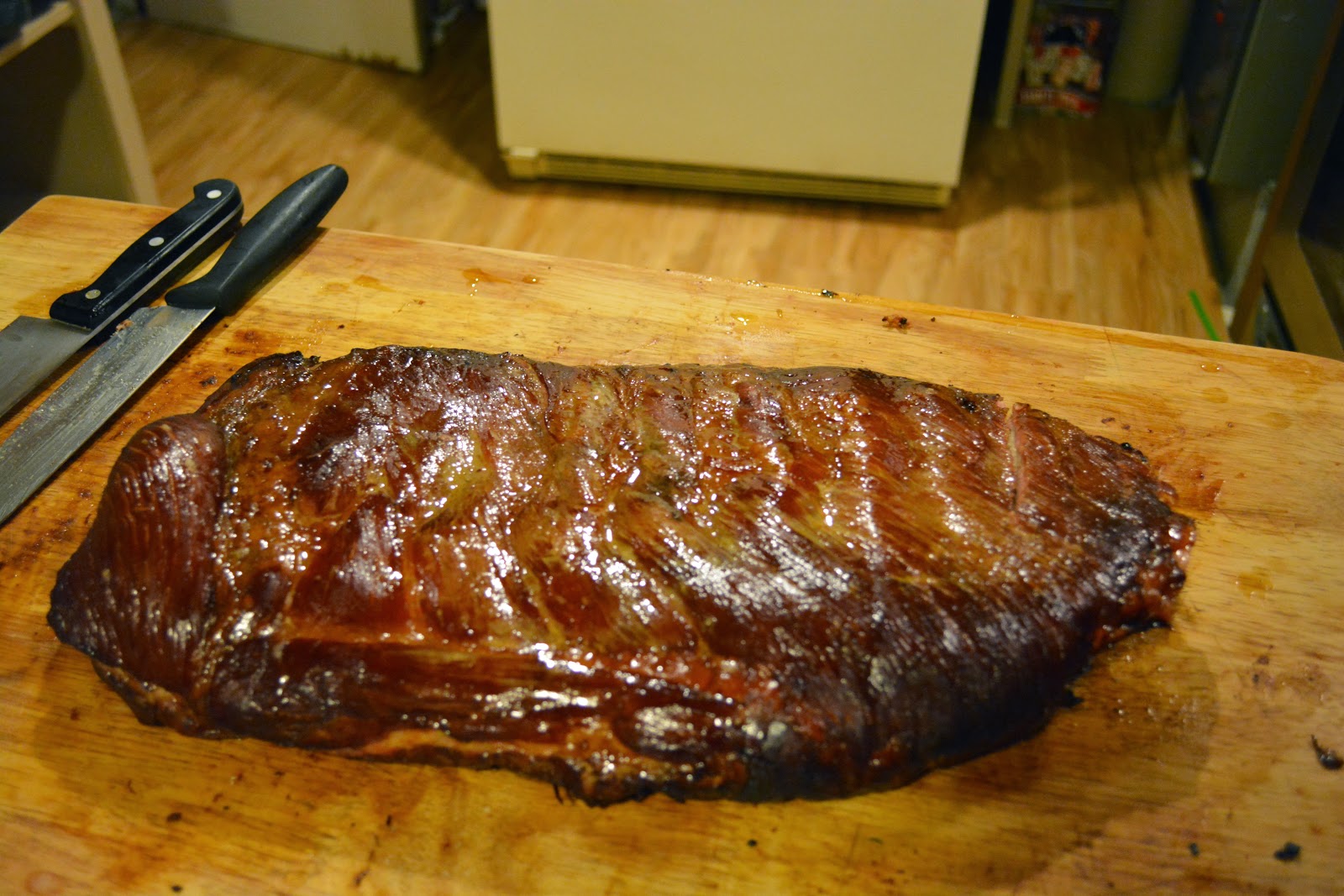 Unusually we didn't use BBQ sauce this time round but instead marinated the ribs in a mixture of Worcestershire sauce, balsamic vinegar and garlic over night. 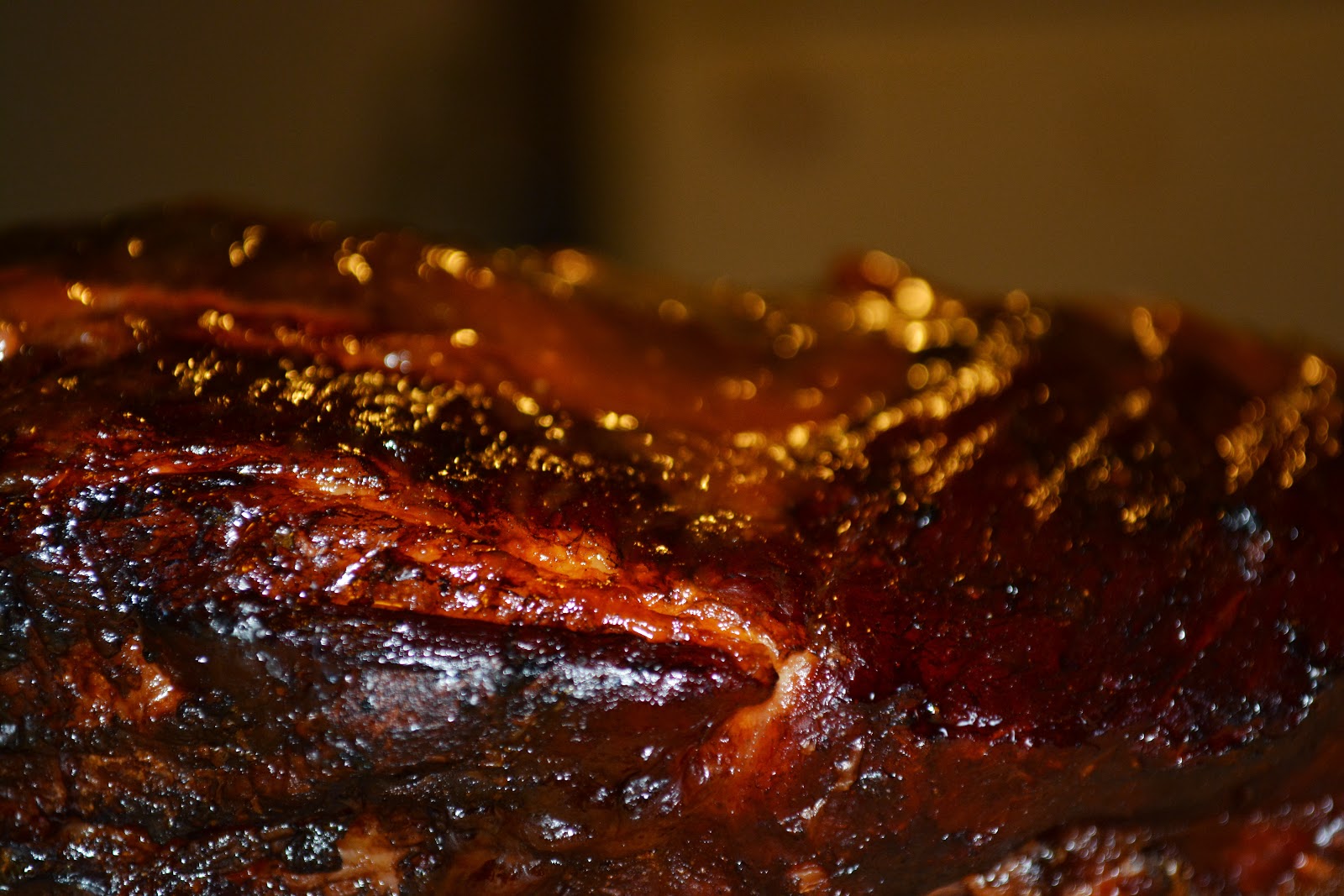 I thought they might have lacked moisture with no BBQ sauce but they were fine, they turned out very juicy and didn't appear to dry out at all. 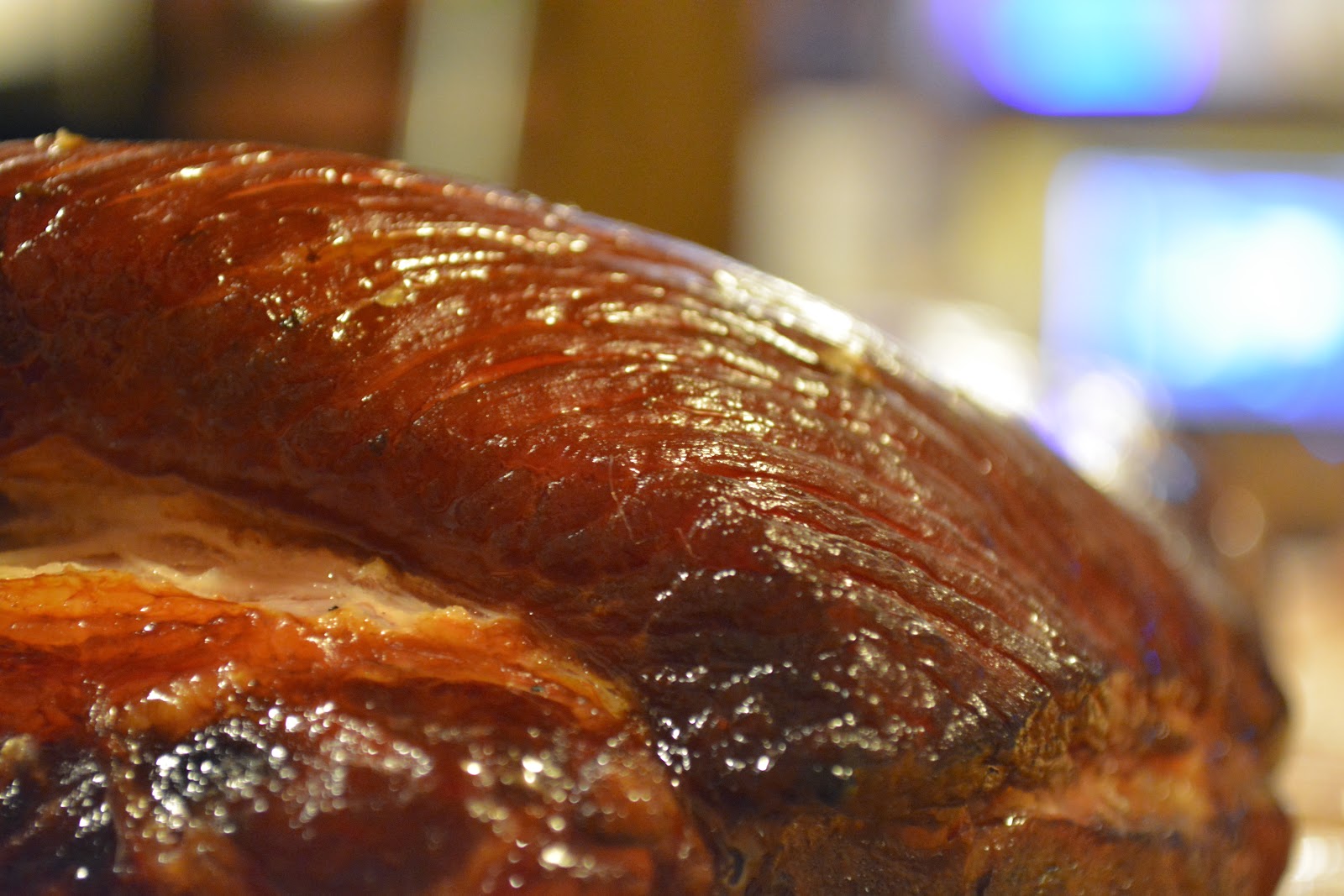 I have to say there is nothing quite like the taste of BBQ pork just off the grill, I'm actually drooling here thinking about it. 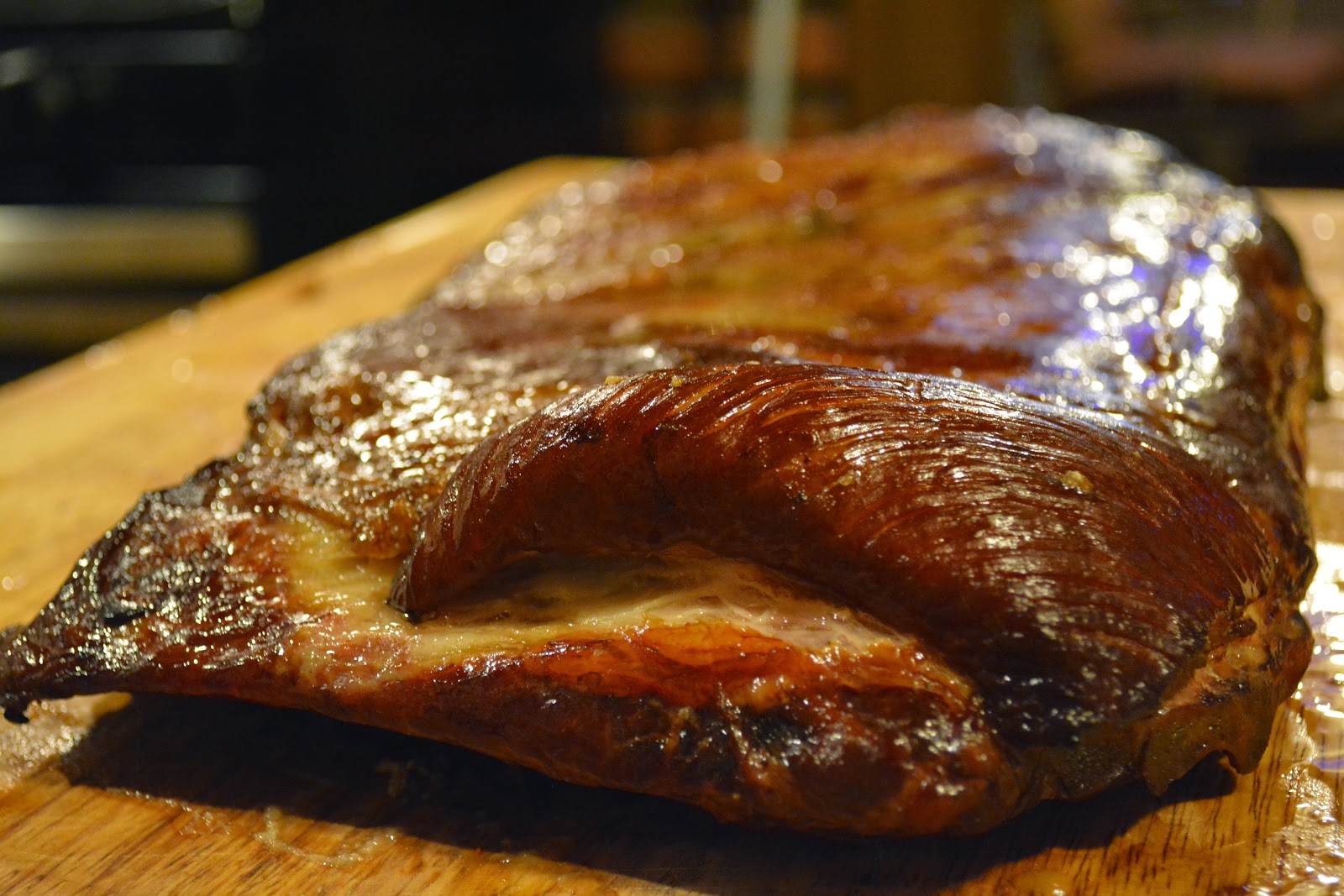 We also had salad with the meal though I failed to capture any images of that as I was to busy devouring the ribs. 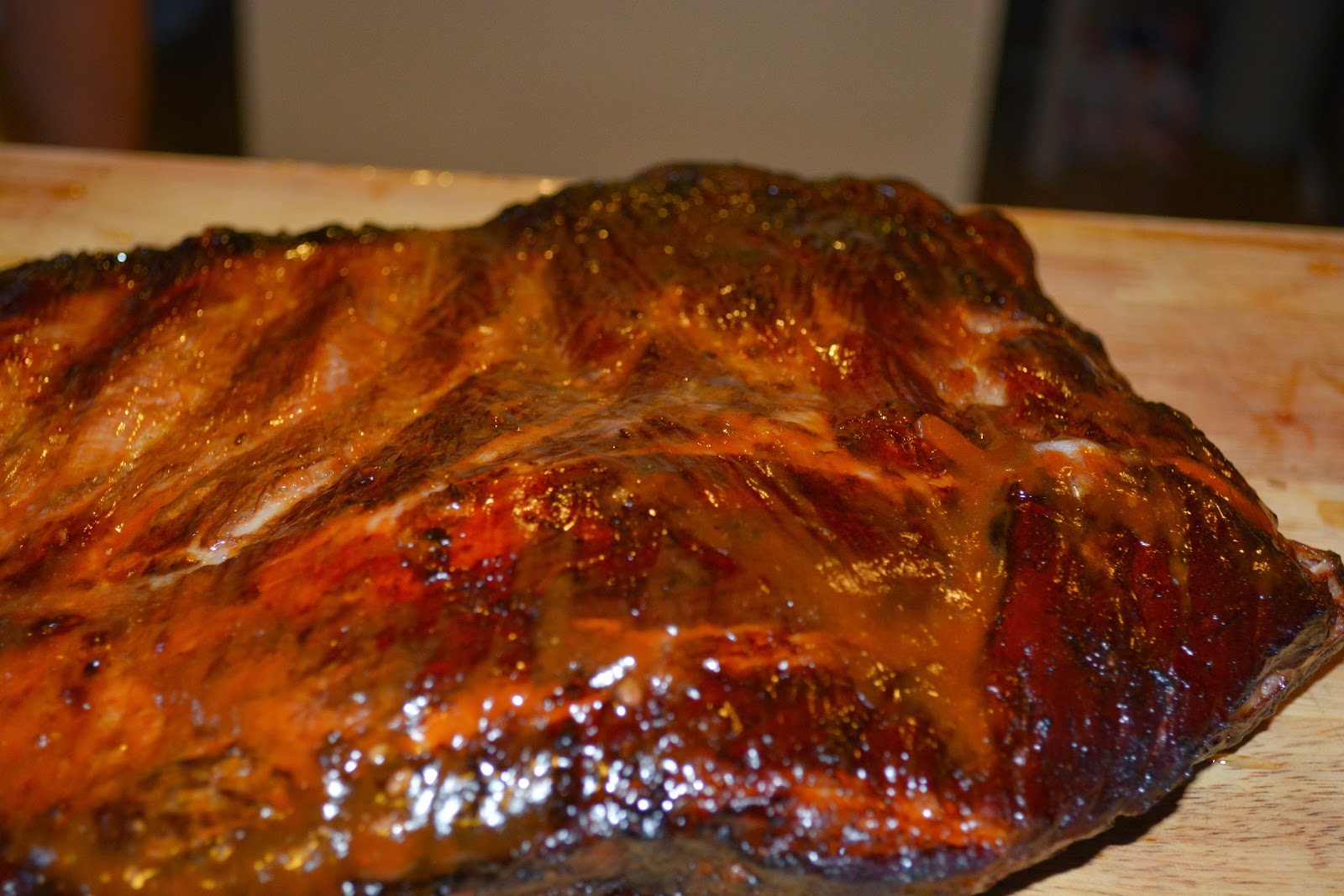 All good things come to an end they say and this was true of our ribs, after we ate our fill it was time for some real fun. The front yard fireworks display for Talon. He was waiting anxiously at the door with a box of matches in hand...in a safe way I might add and not in a Beavis kind of way. 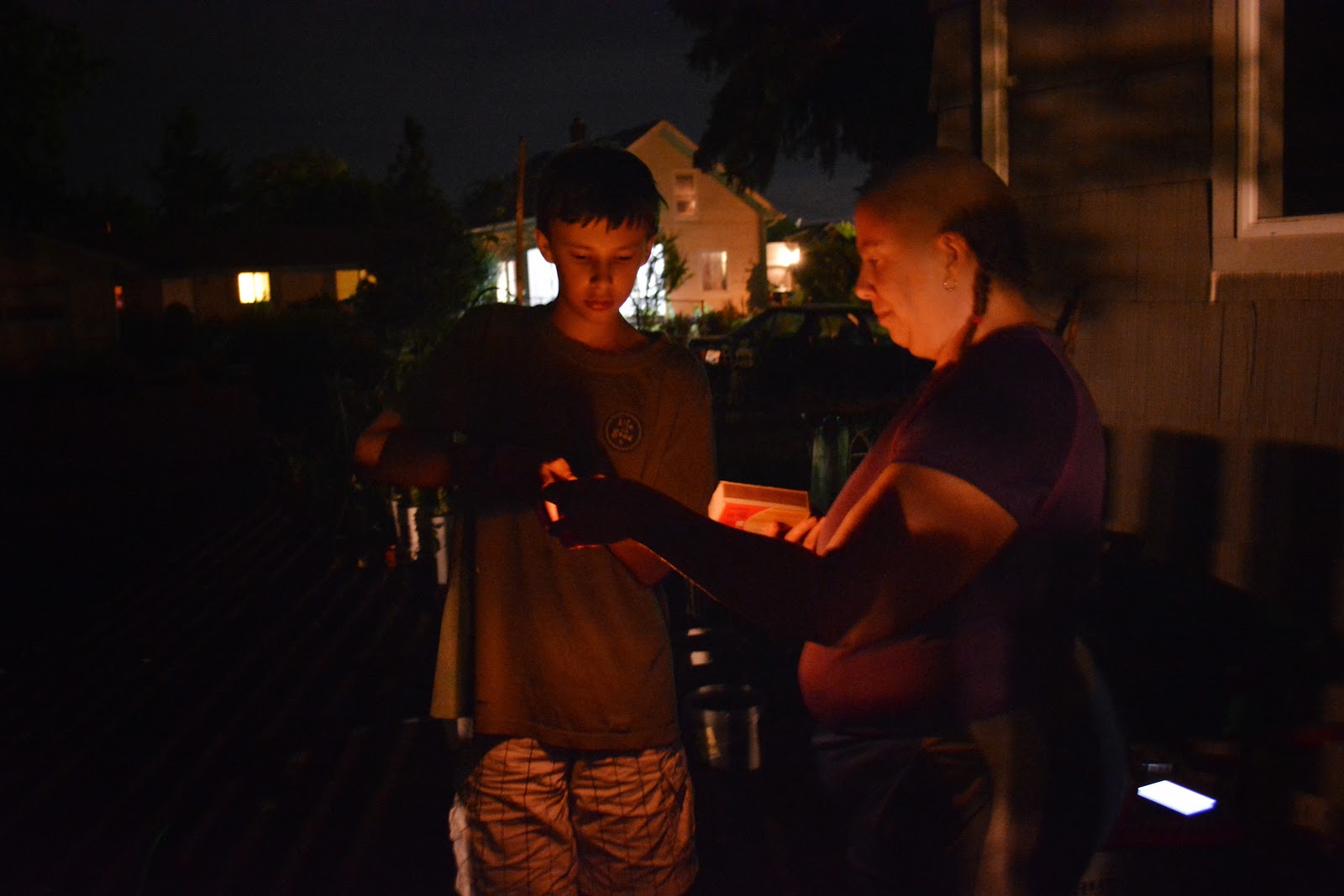 I love fireworks, when they are relatively low key and not setting off sonic booms to scare the bejusus out of our pets. The legal ones in Oregon though are just fine and still provide a lot of fun and entertainment. 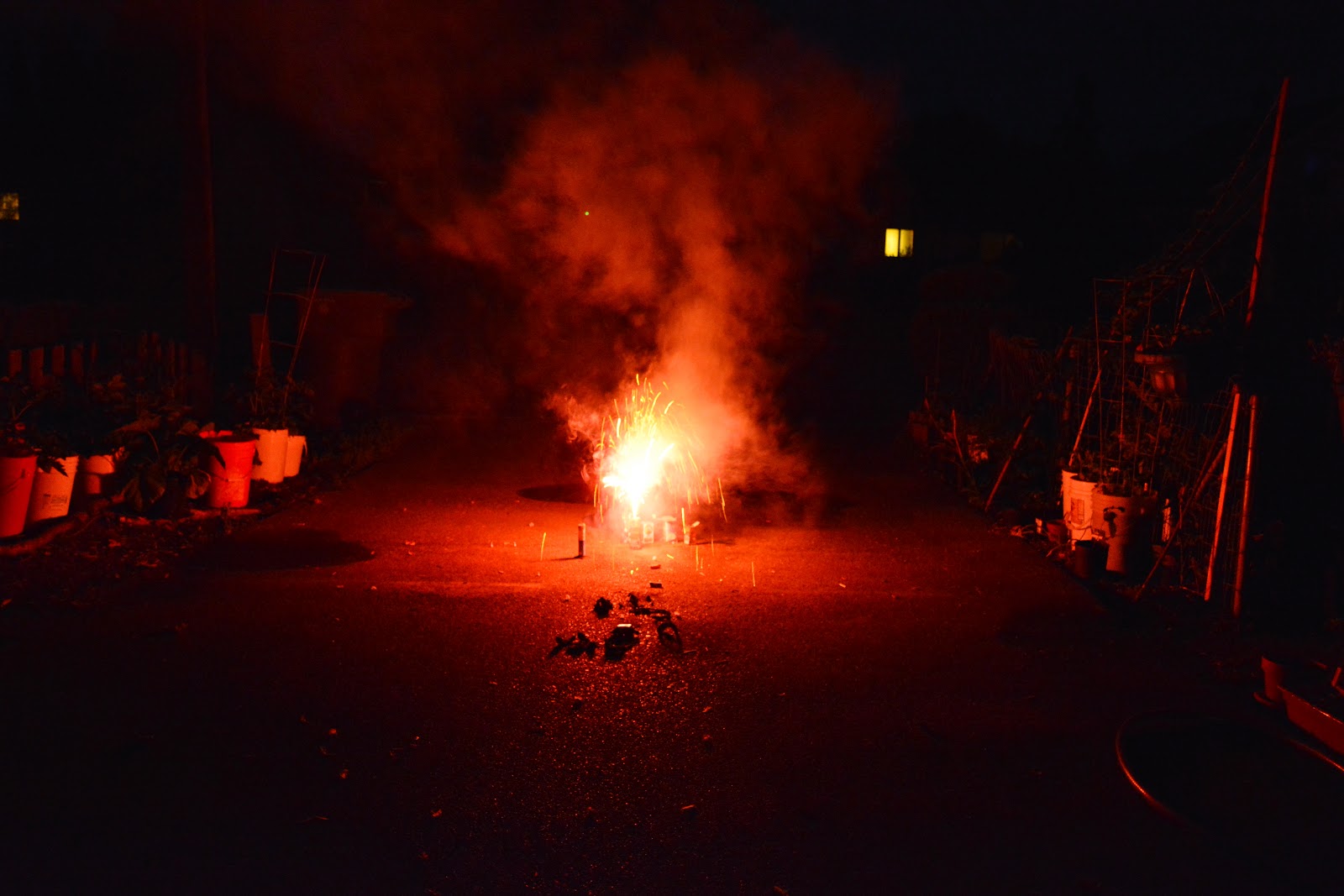 They are mostly just fountains of colour and sparks but they do give a great light show. This is the one night a year that we really do appreciate having very few working street lights on our road. 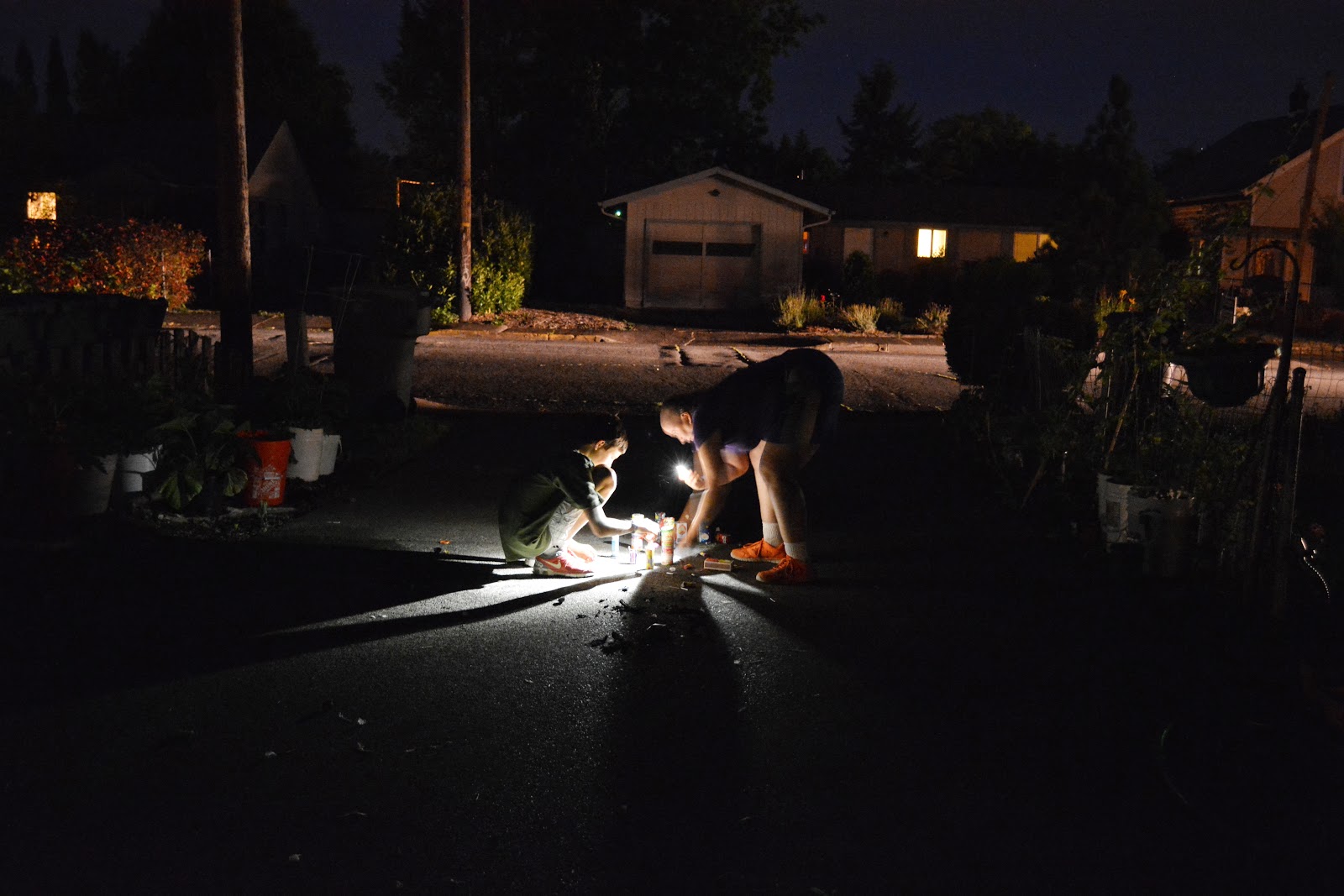 Above, +Linda Dean  and Talon set up for a light show that very nearly reached the camera, it was very cool. 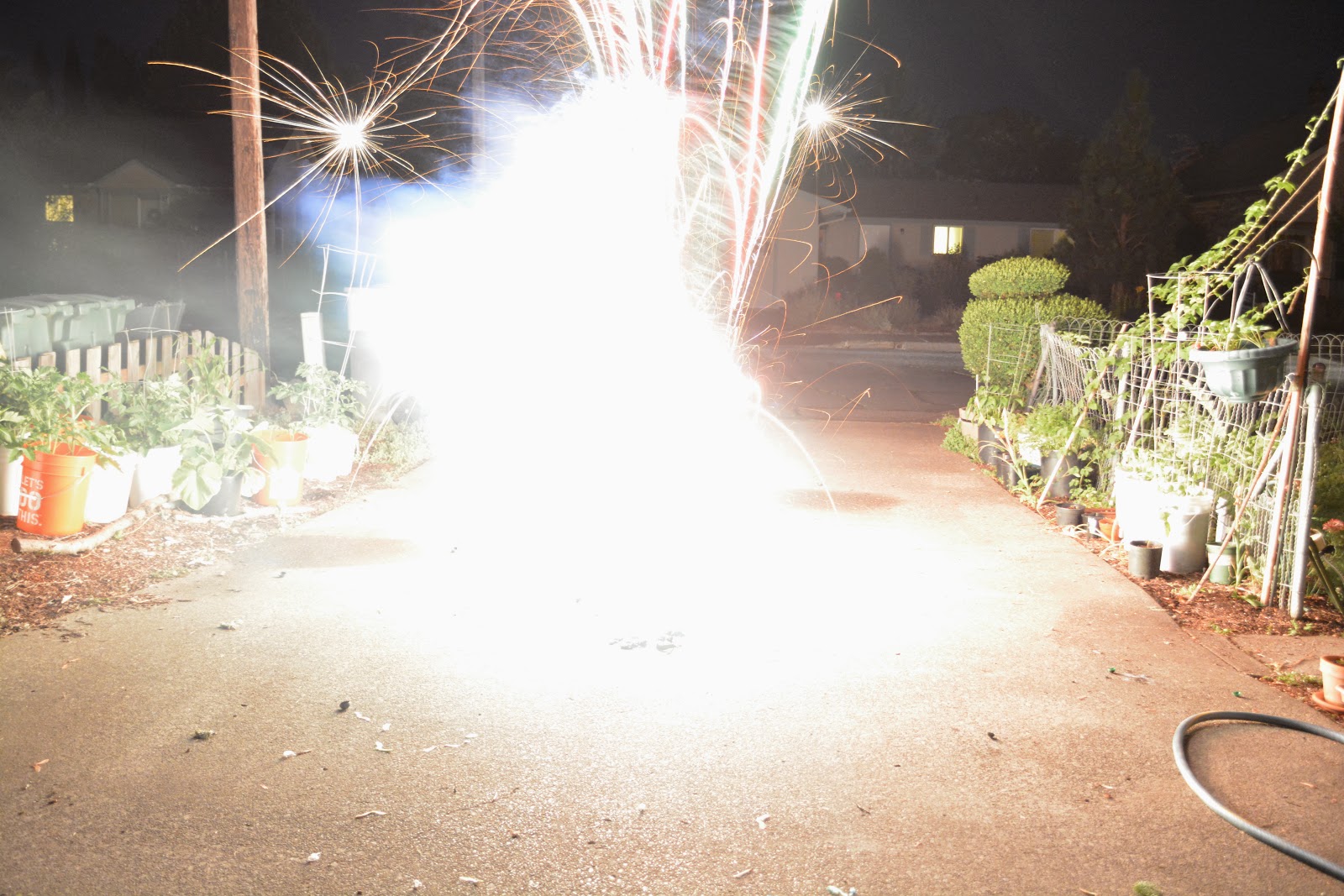 Not sure if our hops appreciated it, they were probably suffering from shock afterwords. 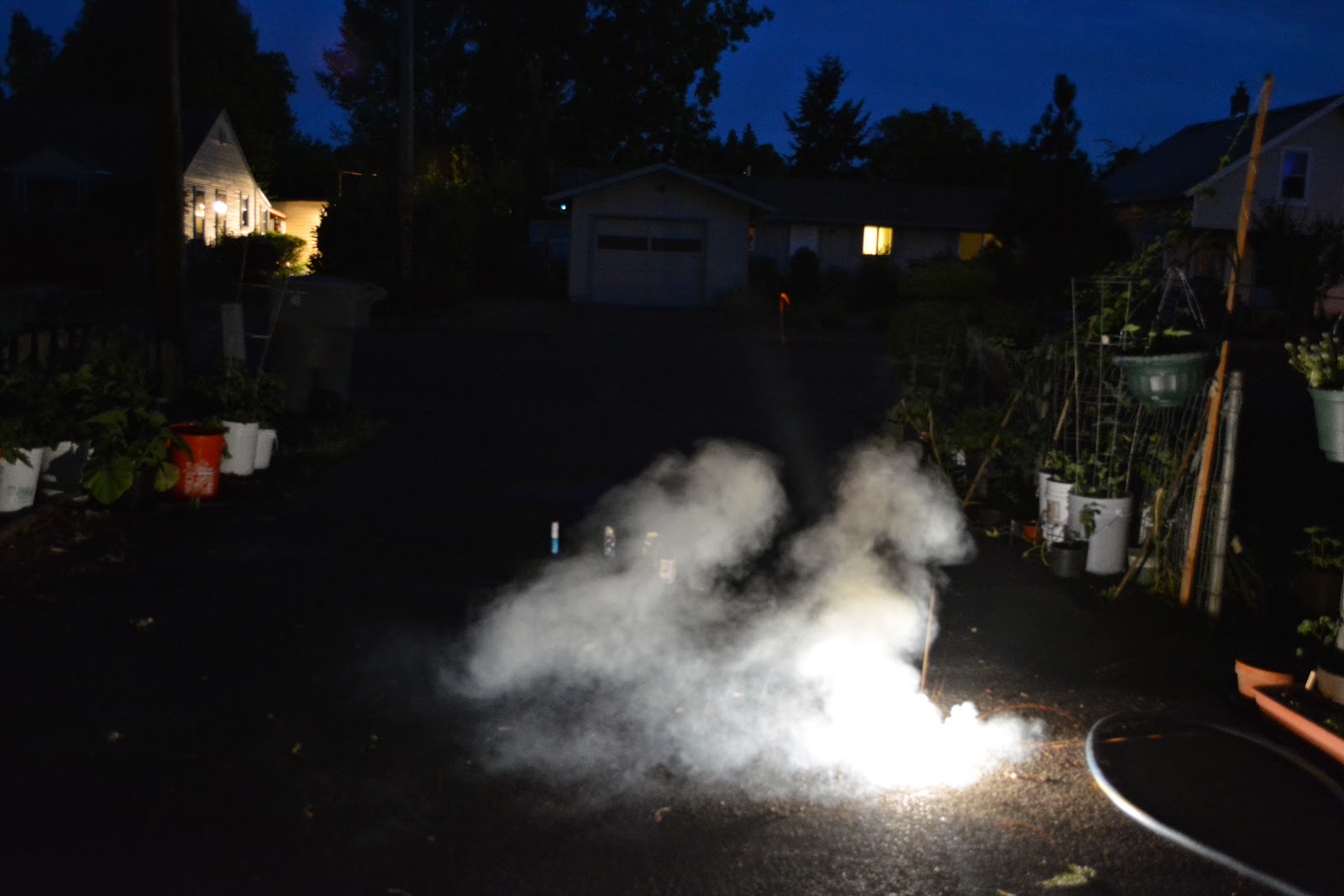 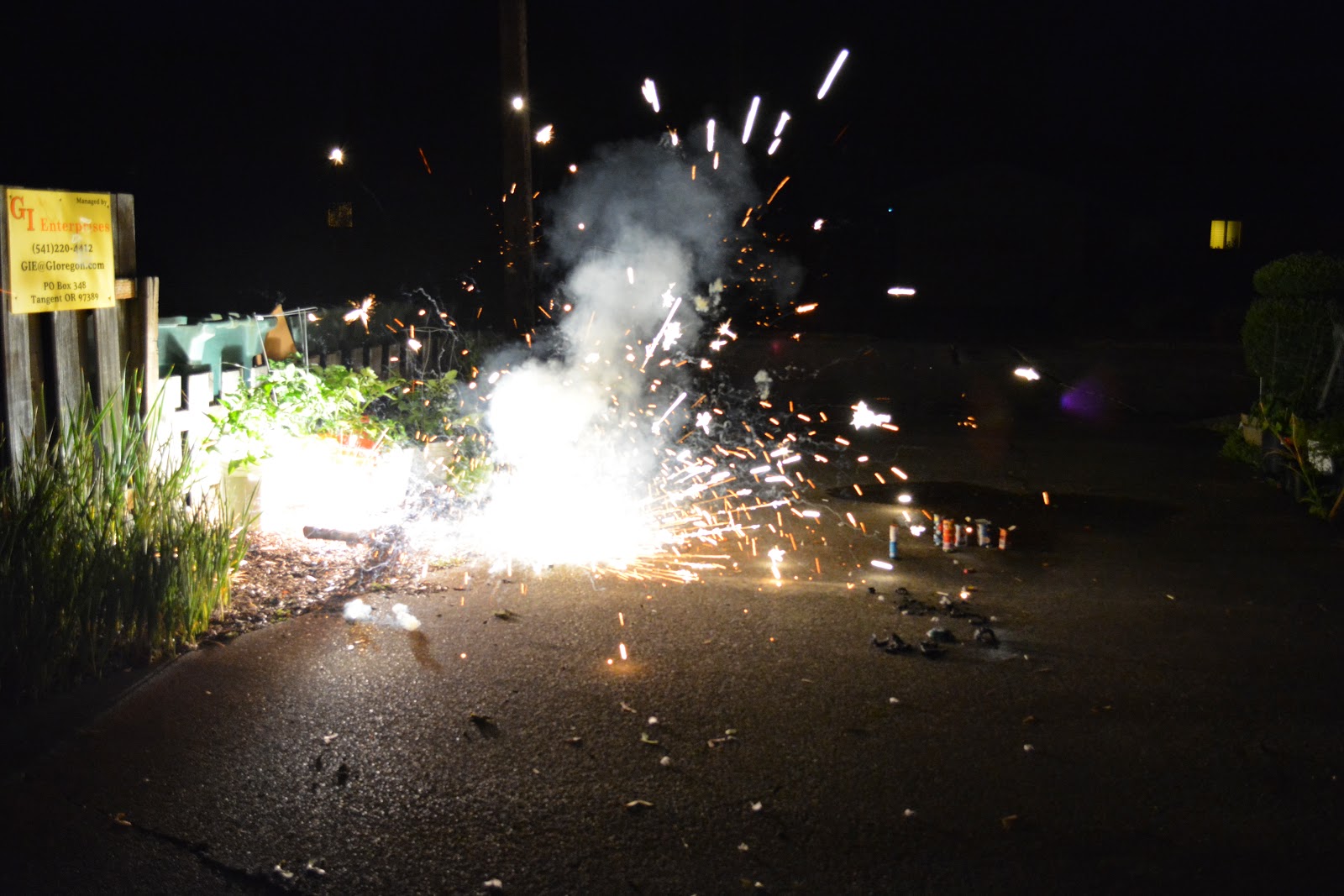 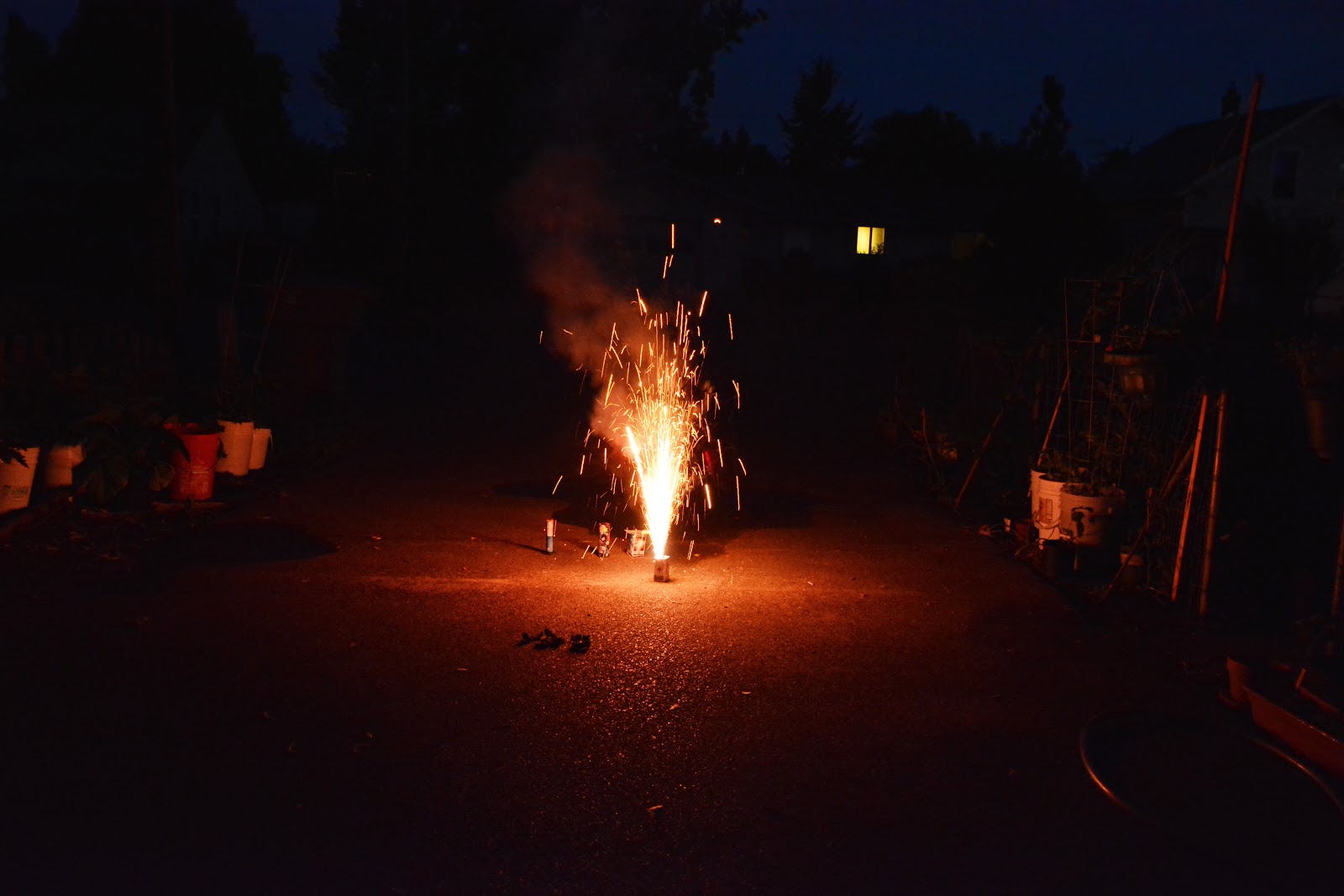 Being the one behind the camera meant I didn't get to set a whole lot of them off but I eventually got my chance with Talon giving me very detailed directions on how to light them properly and safely. 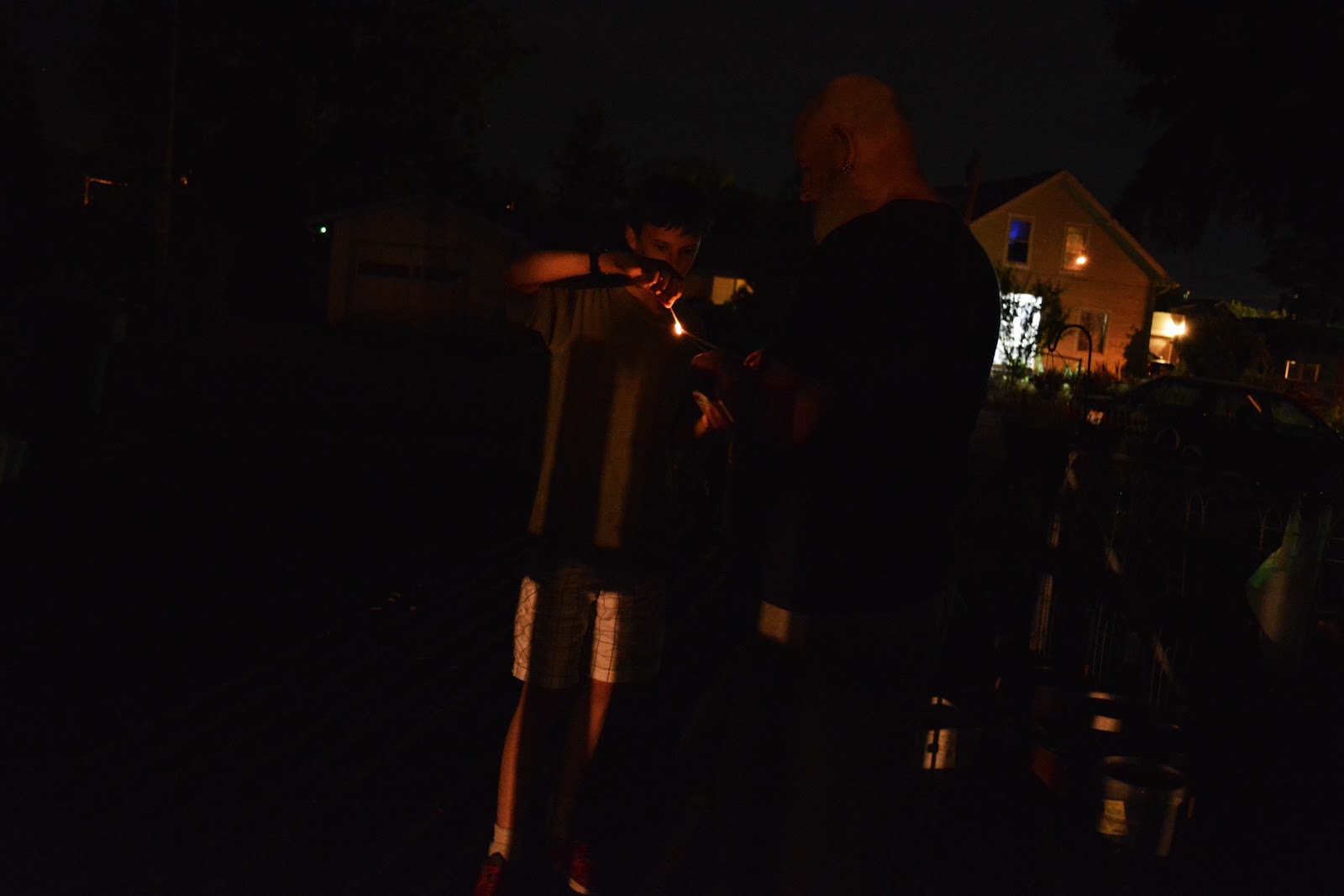 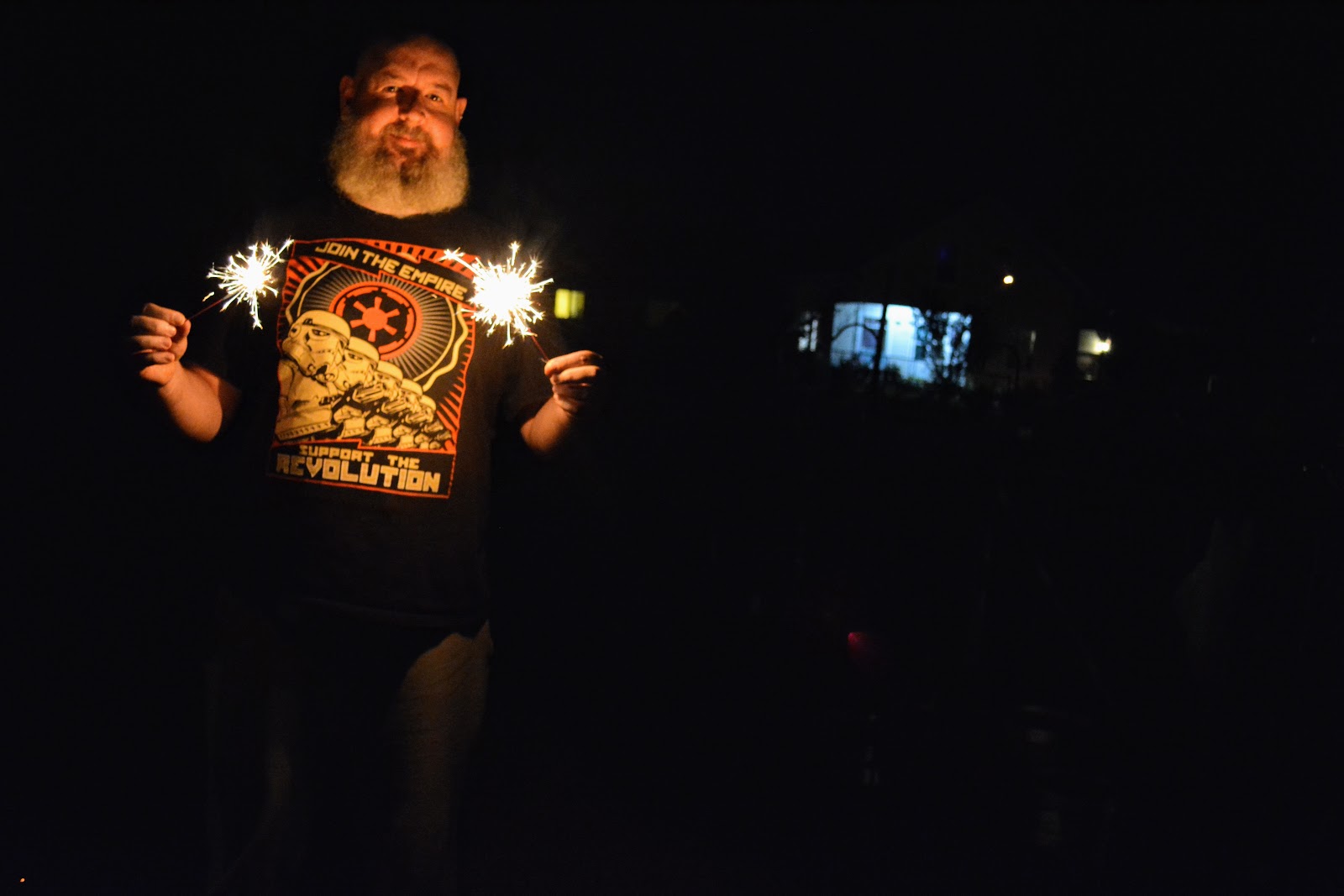 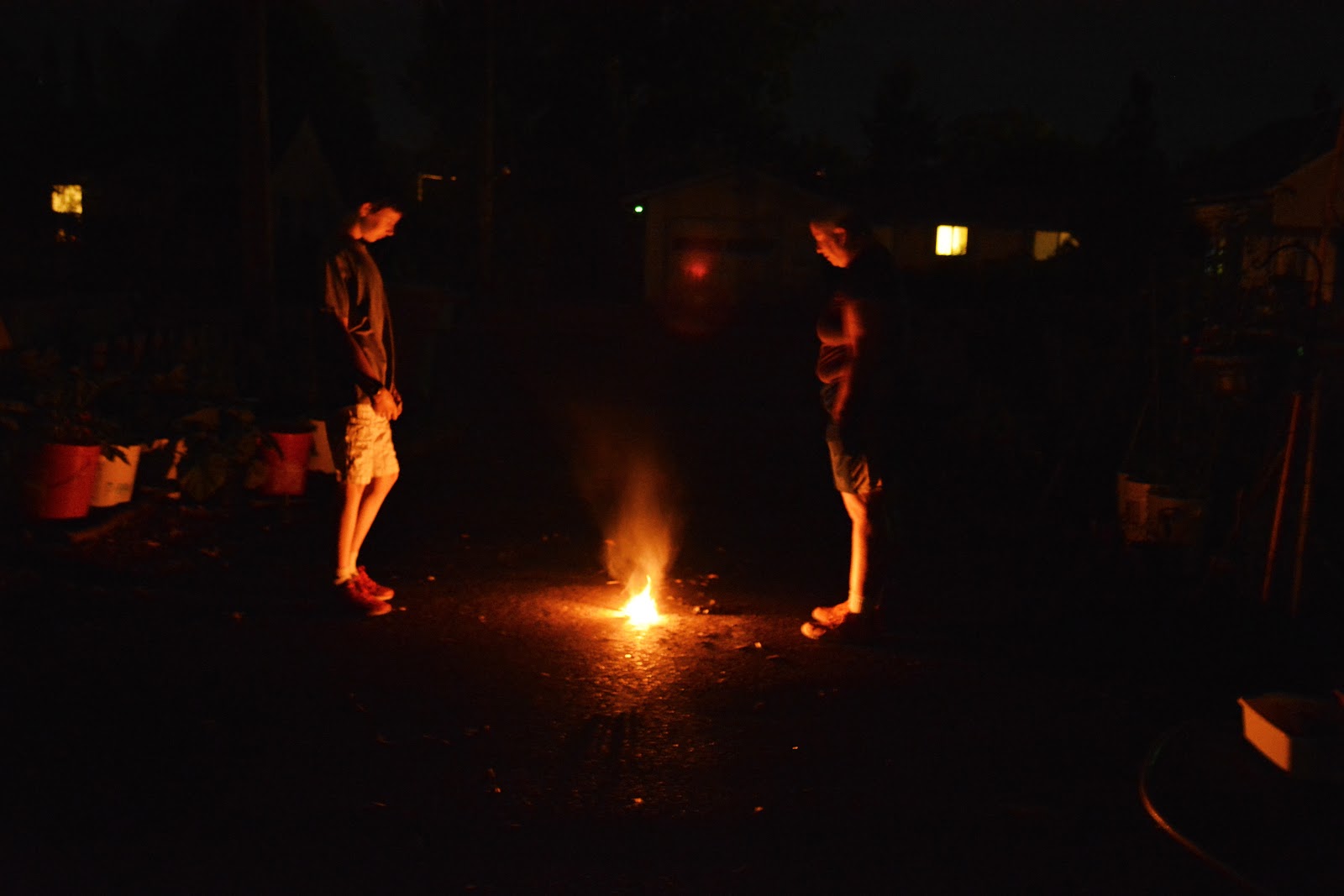 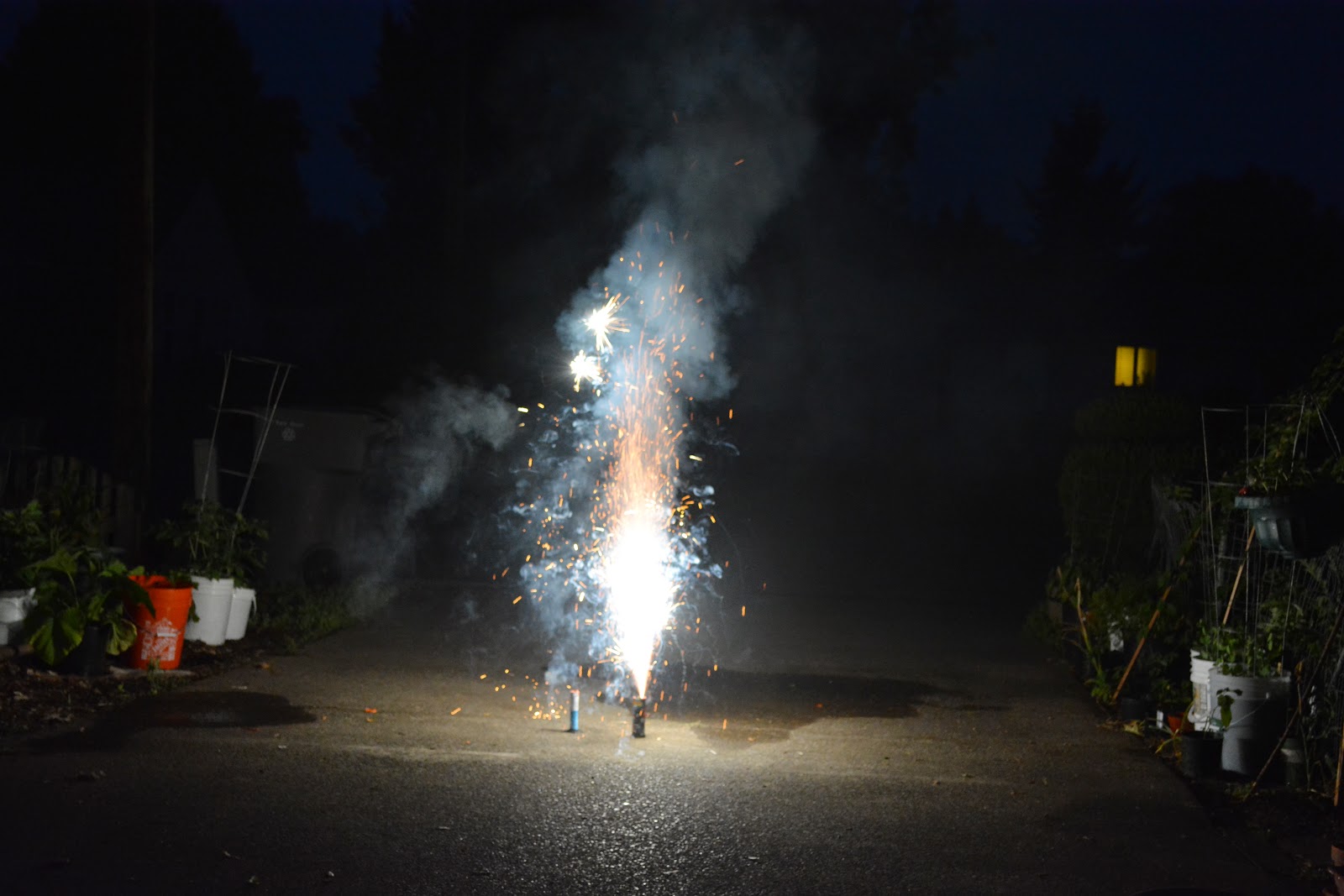 I hope you all had a great 4th of July and I hope you share your images with the rest of us when you get time, for now though, that is it from me. 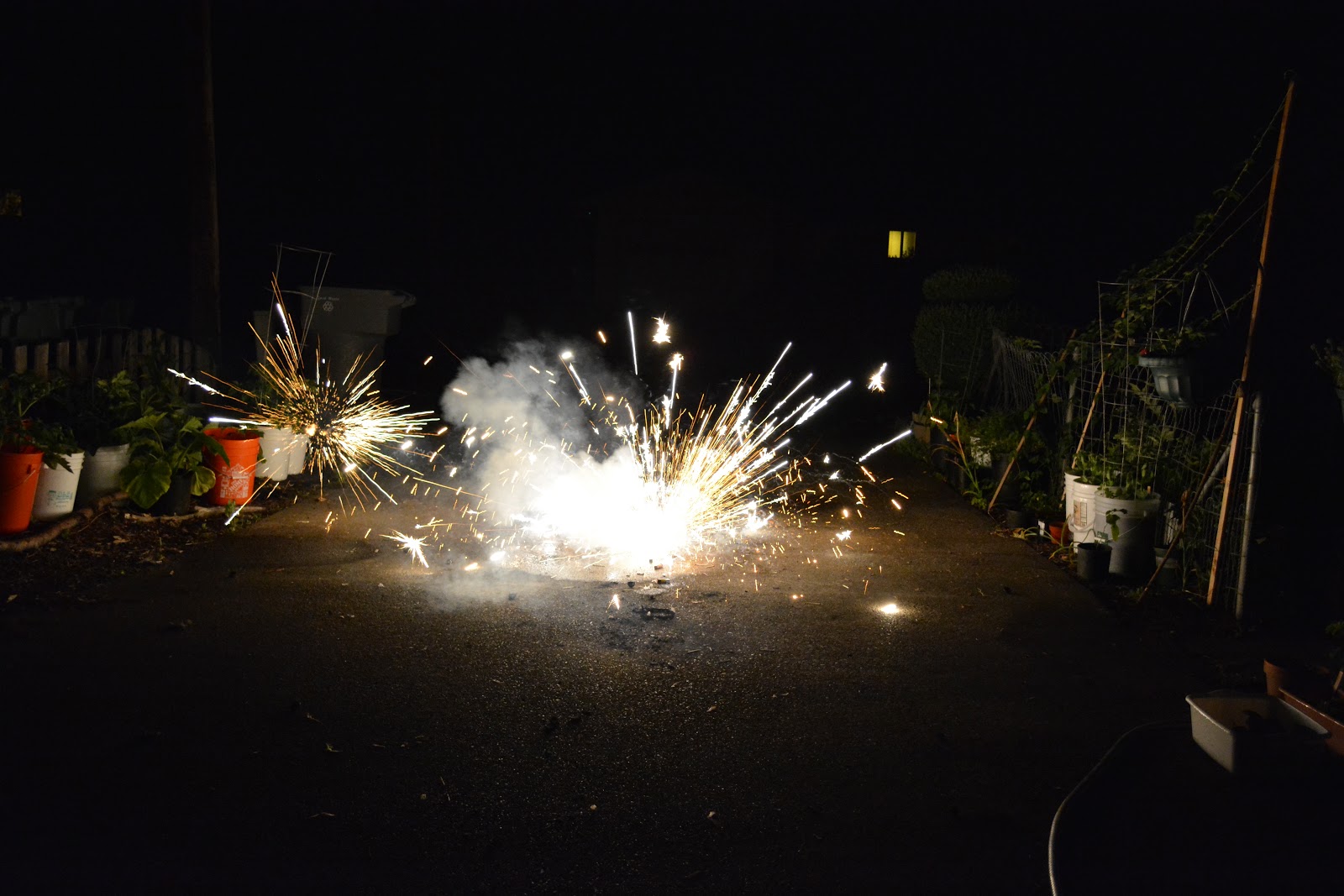 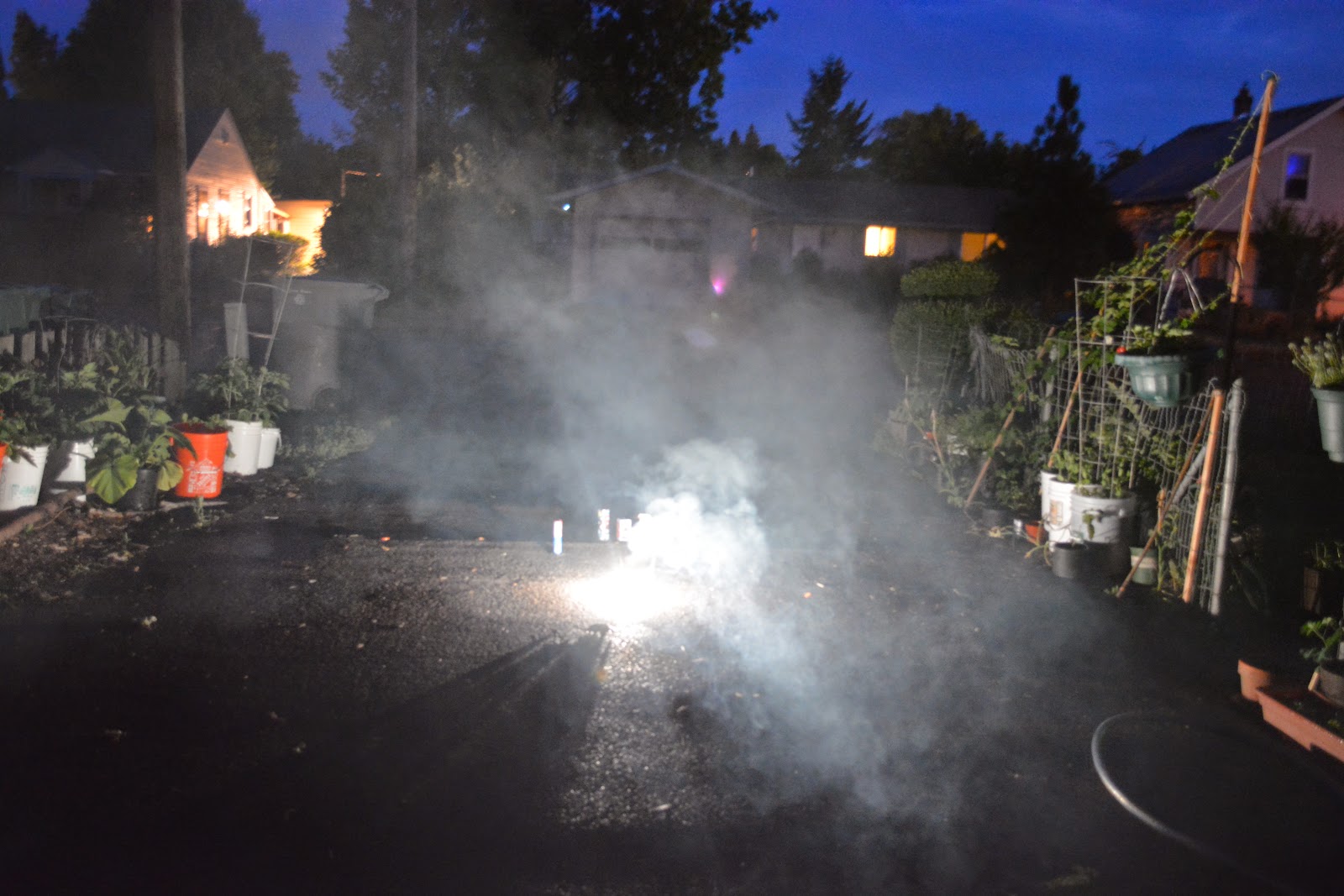