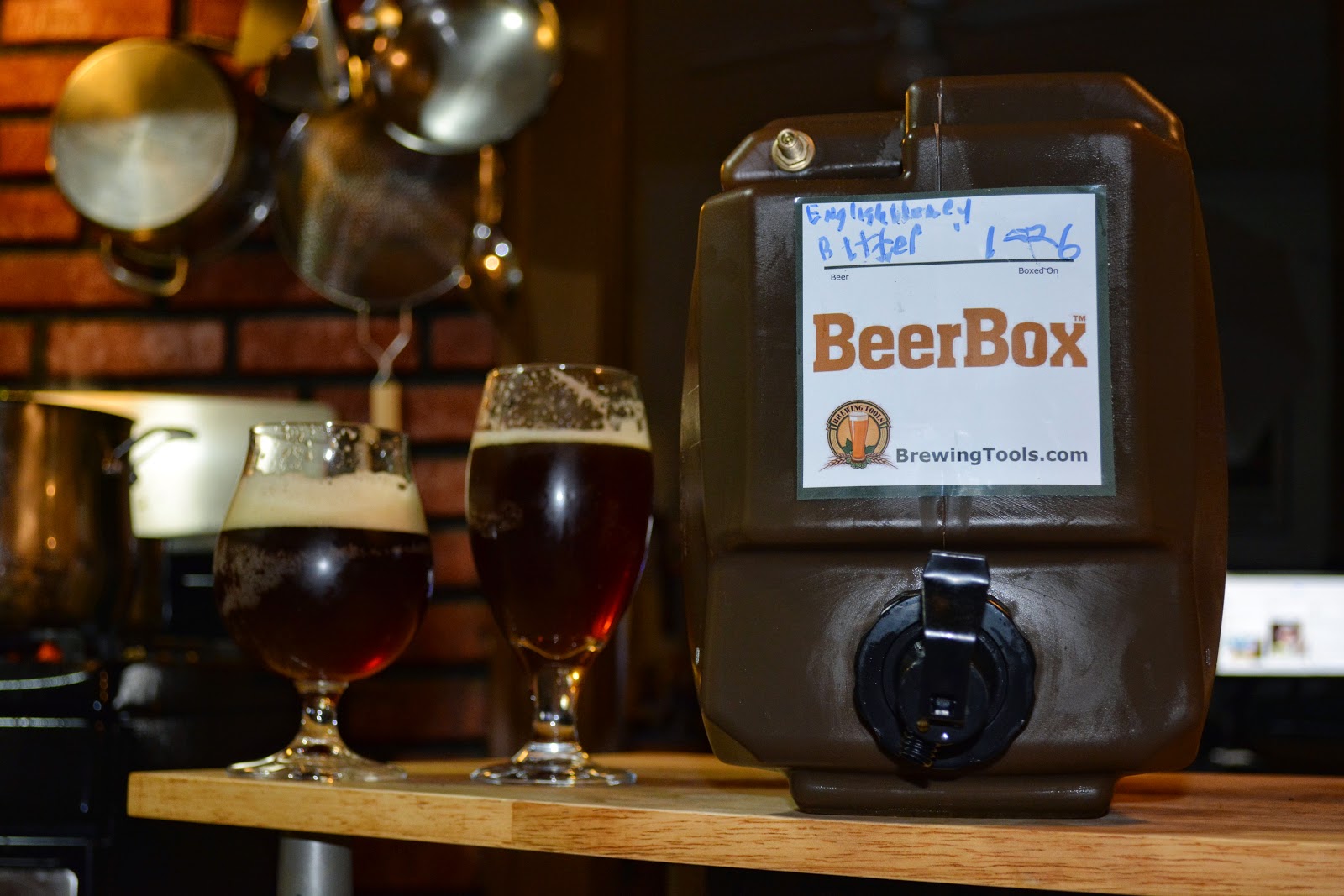 Given the fact that it has been far too long since my last post and the fact that we just brewed our first beer in over a year I just felt that I had to make this post. The AHS (Austin Homebrew Supply) English Honey Bitter was sitting around in a press for quite sometime. Up until a little over a year ago we had been home brewing some very nice beers, but then something happened. We had two soured beers in a row and it kind of unnerved us a bit so we took a break from home brewing and concentrated on reviewing and trying various different craft beers over the past year.

Well about a month ago we got the itch to brew some beer again (watching the Hobbit may have helped). So we got to work on the English Honey Bitter kit we had bought from AHS the year before. It was kind of nerve racking, we definitely didn't want this batch to fail again so we redecorated the entire kitchen with new paint and new flooring (helped by +GIEnterprises Oregon ) then made sure the equipment was sanitized and ready for the brew. The main difference this time is that we had purchased two Beer Boxes from Northern Brewer. We were hoping because we wouldn't be dealing with 40 - 50 bottles that we'd be cutting down on the risk of infection and soured beer.

Tonight, nearly four weeks later we got to try our English Honey Bitter out of our new beer boxes for the first time. Glasses in hand, phone recording video and nerves on edge, we set about pouring the first glass. It had been a success, we were back brewing again and it tasted great. In fact I'm enjoying a glass as I type this post. I have said on multiple occasions how much of a fan of Middle-earth I am and how much it pains me not to be able to run around Lotro natively on my beloved Linux desktop. +Linda Dean and myself have also spoken at length over the years about what real Middle-earth ales would taste like if they were real. Well tonight I think we really came close to finding out, this English Honey Bitter from AHS is in my mind, about as close as you could get to sitting in the Green Dragon Inn in Bywater, enjoying a pipe by the flickering fire and listening to tall tales from across the river. So with glass in hand and the soundtrack to Lotro playing in my ears, I say, cheers! Have a great night all!