Warhammer 40K is one of the greatest table top games ever created and I used to spend hours and hours preparing my figures for battle. Originally I collected Imperial Space Marines but in the late nineties I moved to Chaos Space Marines also known as Traitor Marines, though from the point of view of the Chaos Marines, it's the Imperial Marines who are the real traitors.

It takes a lot of dedication to get into Warhammer 40K because not only is it very expensive to start off but it's also a huge investment of time and effort painting your chosen army. It is however a fantastic hobby and very rewarding seeing your army all painted up and ready for battle. 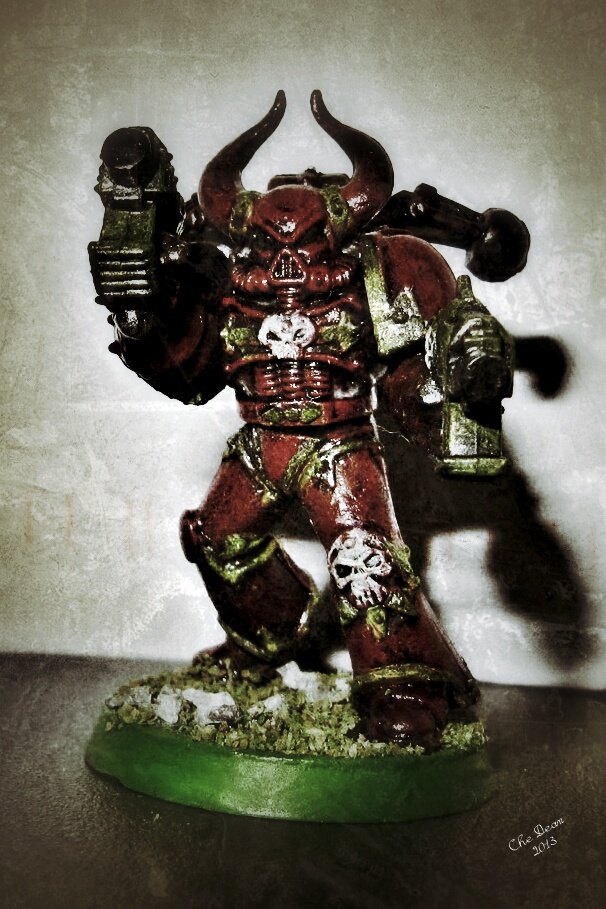 I got a pack of five of these generic Chaos Marines from a friend of mine who decided he didn't want to play Chaos and had instead decided to play Orks. The paint scheme I ran with was a variation on the World Eaters Legion with a slightly less gold trim and a more oily tarnished finish to them. I wanted them to have an old, battle hardened look instead of a polished straight out of boot camp look. 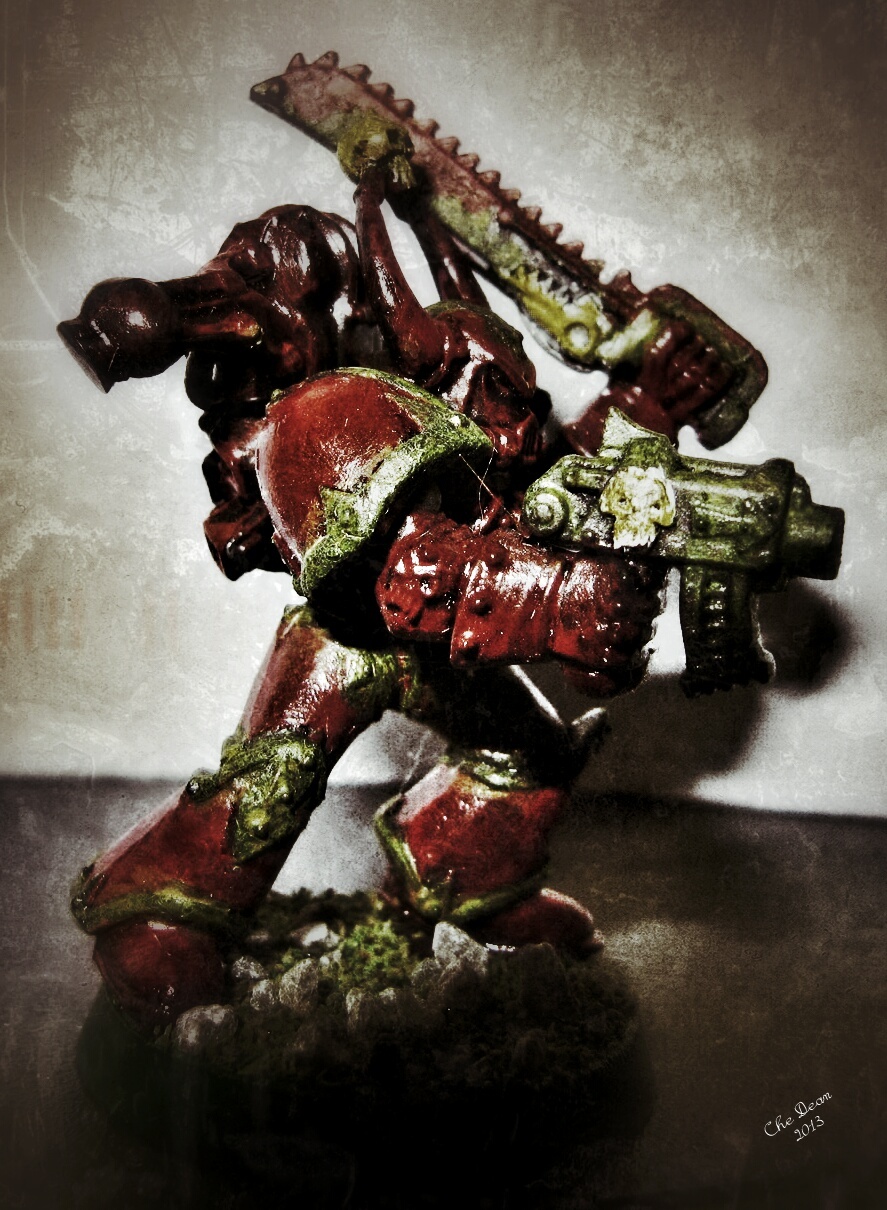 The figures at the time were the newer plastic type and not the lead figures that they all used to be through the eighties and early nineties. I kind of prefer the plastic ones as they are cheaper and easier to paint and transport to a game. Having a lot less weight to transport to different games makes life that bit easier. 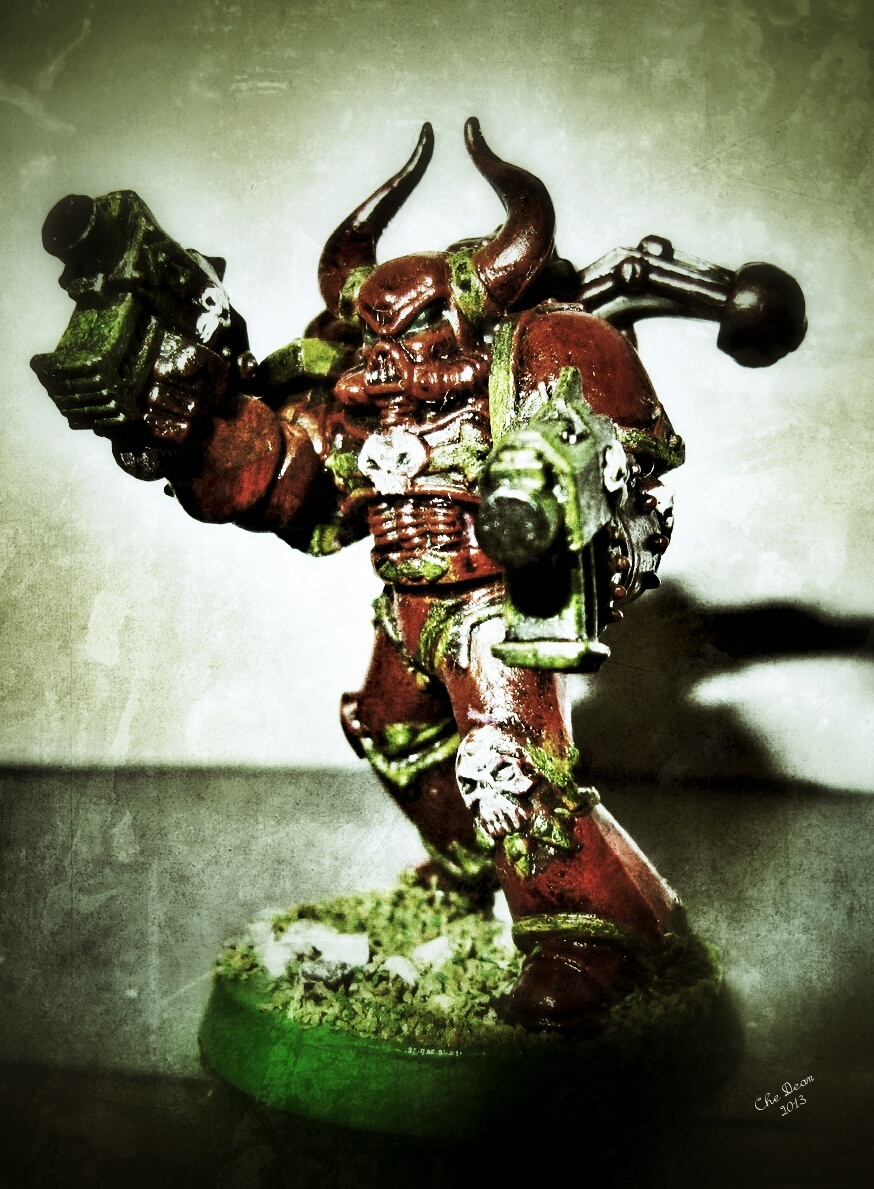 I used a few different layers of paint on the trim and I loved the way it turned out. It turned out looking almost like tarnished brass which was exactly the way I wanted them to look, old and battle hardened, like they had spent millennium in battle. Which of course as Chaos Marines they would have, leaving the warp to lay waste to Imperial worlds. 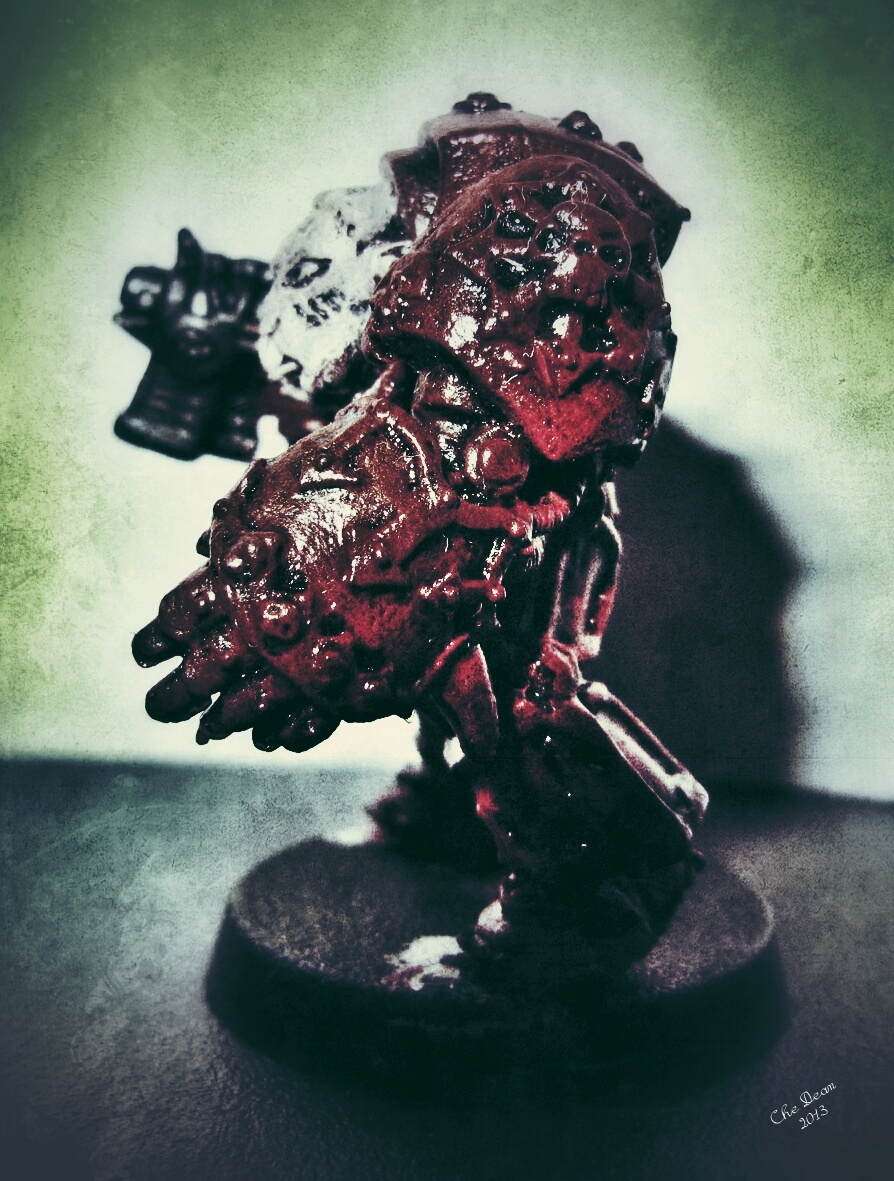 The above is a Chaos Terminator Marine, the figure is circa late eighties early nineties. Unfortunately I never got around to finishing off painting it but it was turning out very nice. His power fist looked like it was caked in the blood of his enemies from endless years of hand to hand combat with Imperial forces or anyone else who dared challenge the mighty World Eaters.