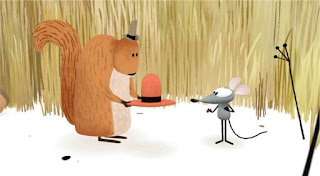 Having an interesting conversation here about VR. Here are my feelings about it.

Yes I might be a grumpy old bastard but I have great hope for VR. It has a lot more potential than just gaming which everyone is focusing on. We appear to be living in a society now that demands instant gratification, we want everything now and if it's not perfect it's a failure. Or even worse, misery and scandal sell advertising so I'm going to create a click bait negative headline to get hits.  Sorry but that is a bullshit attitude.

I'm sure there are a lot of you that remember the days of the Amiga, Atari, C64 and so on, loading software from tapes?  Blowing on tapes, tapping discs on the table, repairing your own cables? Having the patients to figure things out? Yes, we got frustrated and lost it at times, who wouldn't? But imagine if instead of having imagination and a little vision, we'd said "Fuck these computer things, they don't even work half the time!". Where would we be now?

I have Google cardboard first gen. The first app I got was the official Google Cardboard one. It includes a demo called 'Windy Day' which has this very simple (light on the hardware) but very beautiful animation style, kind of like paper animation, simple but effective. If you haven't seen it try it out. 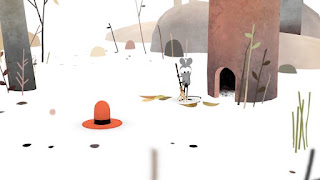 It might not be super realistic but if you're expecting hyper realistic VR you'll be wait several years or decades. It could however be very effective for story telling. Imagine a history lesson in school being told in this style instead of a boring lecture, it would bring the classroom to life. I think it would be much more effective than standard education. It's far more engaging and interactive than some dude at the top of the class saying "Bueller, Bueller, Bueller...?". It would allow teachers to express themselves and get their point across so much more effectively.

Film is another area that is going to take off with VR headsets. Why go to the cinema when you can watch the latest movie with a VR headset and it will look like the biggest screen you've ever seen in your life? No annoying idiots making noise or jumping up in front of you, sounds great to me. Story telling and the arts will thrive with virtual reality, interactive art shows. Theatre will be brought to life like never before, fully interactive story telling, you'll feel like you're in the story with the characters.

The conversation is on going but I just wanted to impose my thoughts on you all. Virtual Reality is something I've been excited about for a very long time.
Posted by Tuxramus at 12:46 AM