A month of Solus Linux 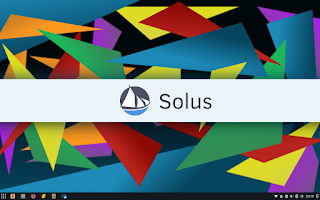 I've done it, that's right, I have spent a month using Solus on my laptop and my world didn't end. It's been a surprise for me, I started off with a negative view of it because of the Budgie desktop. I just or at least didn't like "traditional" app menus after spending years on Unity and GNOME Shell. I really do like the app grid look and feel, it just works for me, each to their own I guess. So when I had tried Ubuntu Budgie awhile back I had a negative reaction to it. 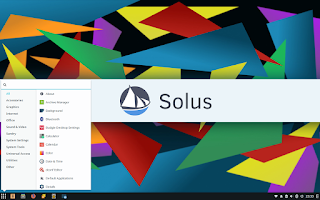 So what changed? This is the weird part for me but I think an interesting piece of desktop environment psychology. Previously to installing Solus, I had been running ChromiumOS on this laptop (actually ran very well). Chromes DE is very stylish but very simple and even though it doesn't quite have a traditional app menu, it is pretty close. I think in a way it got me used to the non Unity/GNOME Shell approach again. So this time around when I went back to try Solus with the Budgie desktop my brain kind of matched it with my ChromiumOS experience and it just kind of clicked with me. I also think running it on my laptop helped, it's just a different experience than a desktop, at least for me. I just found it interesting how I was able to switch around to liking the Budgie desktop through using ChromiumOS. It also turns out that the Budgie desktop is very lightweight, I'm running it on an older Lenovo Thinkpad T410 laptop with an Intel Core i5 CPU M 560 2.67Ghz using Intel HD graphics. 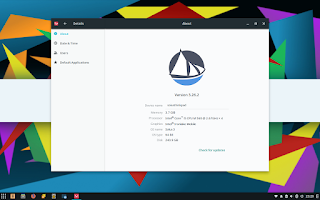 And onto the rest. Solus is a very clean Linux distribution with a lot of heart and dedication behind it. It shows, the little details shine through, the notification menu on the right of the screen which also includes sound controls and your calendar. It makes it quick and convenient to get to. Updates are simple and straightforward just select the recommended updates and click update. With Solus being a rolling release, you only need to install it once and never have to worry about installing it again. I know the thought of a rolling release turns some people off but I haven't had any issues with it so far. Steam and PlayonLinux are a sinch to set up and Solus will actually ask you if you want to install them during the initial installation. Of course all my favorite internet entertainment sites like Netflix, Amazon Prime and YouTube work just great, no issues with codecs or anything else.


Why are they bothering with yet another Linux distribution you might ask? Well, why not? Seriously, Solus will help push Linux forward just as much as all the distros before and after it. It will play its part and will add to the general knowledge of the greater community. Secondly, is the beauty of "GNU/Linux" not the freedom the create without constraint? Isn't that the reason we use it? Isn't that the point of "GNU/Linux" in the first place? If we don't like a Linux distribution we are free to create whatever kind of distribution we like, we can load it up with proprietary drivers and codecs or we can keep it completely libre. The choice is ours to make, that is what "Freedom" actually means. It does not mean "I better shut down my distro and contribute to another one because of peer pressure." That my friends is simple schoolyard bullying or a "Statist" attitude if you want to look at it from that angle. 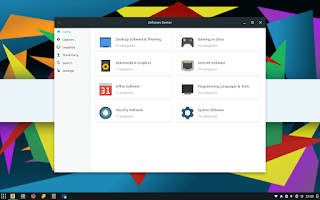 The great thing about Solus being a rolling release is you will always or nearly always be on the latest software without the need to upgrade. The bad side of it being a rolling release is that once a year or so it doesn't get the "hype" factor of a major release. This can be an issue with marketing but is probably better for the end user. Not needing to worry about upgrading every year or six months in some cases is much easier to deal with in the long run. Not needing to reinstall your steam library or wine games is a big win for some people. From my experience as a Linux gamer, Solus is probably the leading distribution to go for right now. The whole idea of this distro is to make the Linux desktop experience as smooth as possible for the end user. Of course, this also means the dream desktop for the Solus developer's as well. Who doesn't want their own Linux distribution to rock? 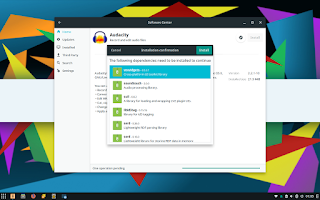 Will I be switching from a decade of Ubuntu and Ubuntu based distros to Solus full time? That's a tough question, I will definitely be keeping Solus on my laptop for now. As far as my desktop goes, well, I'm thinking about it, it's not an easy thing to walk away from your comfort zone. I am getting more interested in a stable, reliable rolling release. Another factor is trust and confidence in the team, I have had that with Ubuntu for a long time but I also really like the attitude, positiveness and forward thinking pragmatic approach of the Solus team.

If you're interested in trying Solus you can find it here:
https://solus-project.com/