An early rise and a long bike ride out beyond Philomath to the Provenance Farm collection point. We got a great deal on a whole lamb, 42lbs of lamb to be precise and we had to go collect it. Neither myself or +Linda Dean had been out there before so it was a new experience for both of us and neither of us were disappointed. For me, well, a farm is a farm, they all kind of look the same with a similar layout and similar buildings. Not this one, from the time you arrive at the front gate feels like it's out of a movie. Babe or something similar, the gardens are beautiful and very well kept with a ton of color. 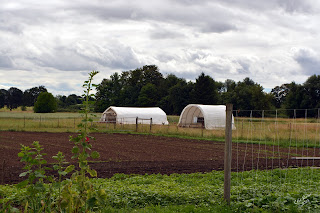 They even had a recent arrival for us to pet and she was even willing to pose for us, if only for a short time before madly leaping around in excitement. 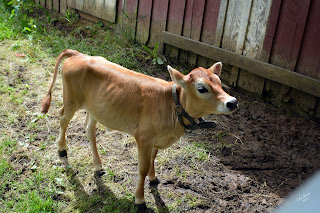 Unfortunately it was very overcast when we were out there but I did my best to try and capture as much of the color as I could. The gardens were just full of color from flowers and berries, the flowers especially were very spectacular which gave me a great excuse to test the new camera to see what it could do. +Phil Bowyer was also looking for a review of the Nikon D5200 so what's a better way than to show off some shots taken with it. 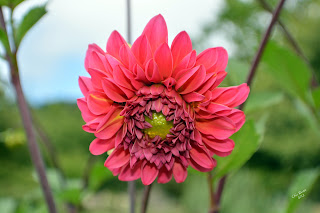 I'm very happy with it, even with the bad light we had this morning the shots came out pretty well. It's really great at capturing the color of the flowers and does an amazing job with clouds I think. I was also shooting with a polarizer this morning. 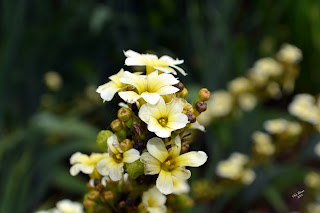 The pictures come out really crisp and vibrant even in bad light and I love the way it captures each individual vein of the petals and leaves. 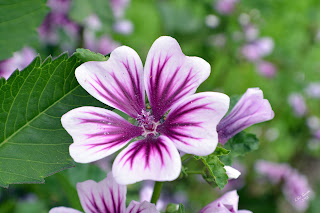 The shots come out very natural and are not over cooked unless you want them to be. The camera has a HDR setting but I haven't played around with it yet, I normally prefer using +Snapseed to edit when I want the really spectacular clouds and the stormy skies in my images and Snapseed is incredible for those effects. It can also handle fine touch ups too if need be. 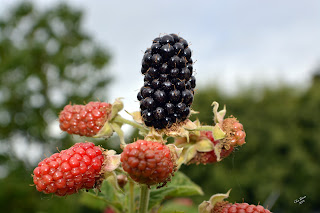 One thing for certain, someone on that farm is going to be eating some fantastic Jam or Jelly to anyone from the US later in the summer and autumn. They're definitely not short of berries, Marionberries (as pictured above), Blackberries, regular and Yellow Raspberries and Red Currants. 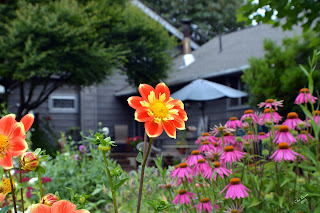 It would be incredible to wake up to this garden every day and I'd imagine would help start you off on good terms with the world, especially on those summers days with blue skies as far as the eye can see. 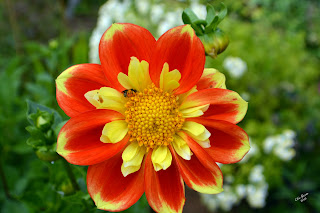 It even managed to capture the Wasp on the flower which is something I was never able to do very well on the old camera. I need to get more practice in with insects as the summer rolls on. 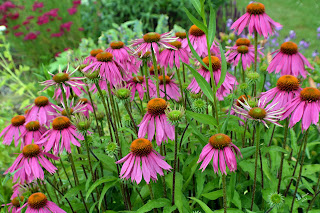 The above image for some reason looks like something out of Star Trek, like it could have been used on the set of the original series, not sure why, it just does. 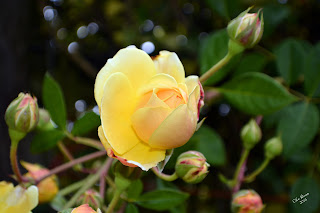 I love how sharp the images are straight from the camera compared to my old one which tended to be fairly grainy at times unless the light was perfect and very bright. 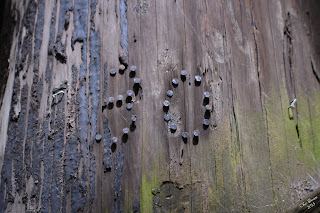 On our way home we passed under an old railway bridge that crosses the bike path through the woods and I decided to stop to get some shots, I thought the above was interesting and had a story to it though it's not known to me. Still though, it kind of sparks the imagination just looking at it. 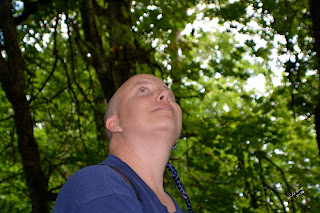 This was +Linda Dean tracking a Chipmunk in the trees, it got pretty angry the longer we hung around, running down to a lower branch and yapping at us...you could imagine it waving a fist and shouting "Get off my lawn!!!". 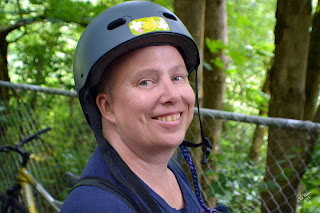 And to finish, another nice capture of Linda thinking "get that damn thing out of my face, I am dealing with an angry chipmunk here and also gasping for a beer...craft beer...from a bottle!!!"

So our adventure to the Provenance Farm collection point went great and we're home, loaded with enough lamb for the summer which will be nice. And if any of you are in Oregon and are looking for fresh farm beef, lamb, chicken, turkey and eggs, then you should definitely check out Provenance Farm. You won't be disappointed and they are some of the nicest people you could meet.

You can find them online here: