Ok, so its been a few weeks since my last post but that time has not been wasted. A new camera arrived mysteriously, though several suspicious looking characters over on Google Plus including +Linda Dean had a part to play no doubt. The Nikon D2500 is a beautiful piece of kit and I'm delighted with it, admittedly, I am still getting used to it as it's a massive step up from the Canon PowerShot SX200 IS. Not to say that the PowerShot is a bad camera, it served me well for the past several years and I love some of the shots I captured with it but having 30 points of focus instead of one makes a massive difference. 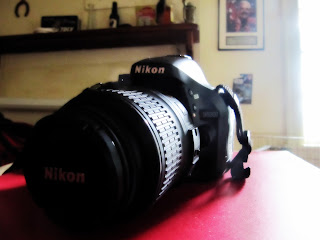 And now that the new camera has been introduced it's time for the new experiences and in this case it's the dinner we just had. Catfish in ponzu with pasta, snow peas and coconut milk. We have our first crop of snow peas for the season and we got some really good ones this year, very tasty and they go great with pasta and fish. 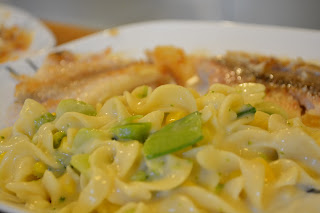 This was my first time trying Catfish, normally with fish, at least back home, it tended to be Mackerel, Salmon, Whiting, Haddock, Cod or Plaice. I really enjoyed the Catfish though, tasty and chunky like a nice piece of Cod but more flavorsome. 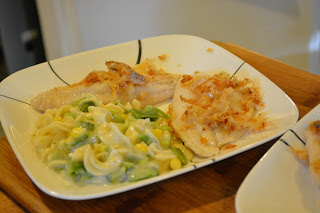 It was also a good opportunity to test out the new camera even if it was a bit rushed. I'm still getting used to it but the pictures are a lot sharper and more vibrant. It captures the color and texture of the food very well even in the terrible lighting we have in our kitchen. 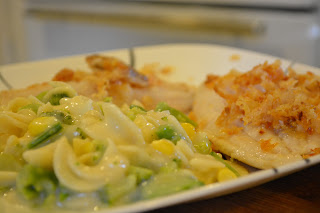 So we've had a good evening so far, great food and I'm very pleased getting to try the new camera on +Linda Dean's new recipe. The camera is definitely working out and I can't wait to get more outdoor shots as the summer rolls on.