Given that +Linda Dean and myself like to home brew our own beer, I thought it was necessary to snap a few beer shots. Not all of these are home brew as we do like to buy craft beer from time to time and +Linda Dean is partial to the odd pint of Irish Cream Stout like Murphy's or Guinness. The first image was taken as we were preparing to bottle one of our home brews awhile back. Linda named this one "The first Sip"

The second one was taken on the same day, forty five or so bottles lined up and ready to be filled with home brew. The anticipation of trying your first bottle is intense at times but I have to say that this is probably the most boring part of home brewing. 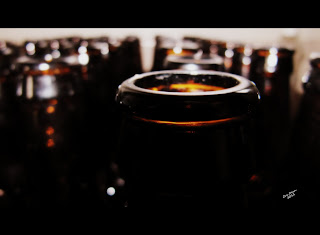 The third image below should be obvious but it's actually a craft stout we tried out in one of our Guinness glasses. 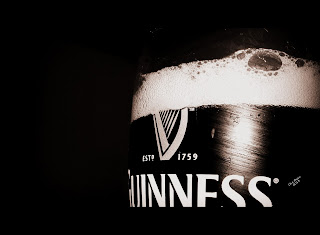 I've been working on a beer and food collection for some time now and this is just a taster of what's on the way. I will be making more food and beer posts over the coming weeks as I get more shots together.
Posted by Tuxramus at 11:15 AM