There and back again - A tired mans journey 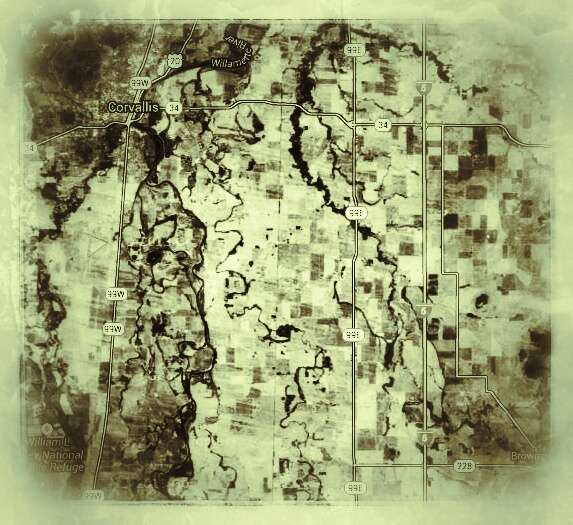 In a house in Corvallis there lived an Irishman. Now this house was not a mansion nor a shack. It was a snug wooden house with all the comforts an Irishman could want for. Irishmen are known for being stout of belly and hairy of toe. Both of which are caused from the consumption of their favourite black beverage which they call "The Black Nectar". They like to consume "The Black Nectar" with every meal, breakfast, brunch, lunch, dinner, tea and supper.

On this particular morning the Irishman was reading the latest Linux news and enjoying a snack between breakfast and brunch when he heard a shrill voice shouting from the direction of the bathroom. It was his wife and she was explaining how they were going on an adventure. Adventures were not something this Irishman thought about on a regular basis nor ever wanted to experience. Adventures he thought were for long bearded hippies and the over toned youth from across the river. "Have a think about it over brunch" his wife said as she entered the room.

As they relaxed after brunch sipping black nectar from a bottle the Irishman heard his wife start to sing...to sing in the deepest voice he had ever heard, it was quite disturbing to say the least.


Far over the Willamette Valley old,
through the trees and meadows gold.
We must away ere break of noon,
to seek the pale enchanted ale.

The Irishmen of yore made mighty brews,
while maidens danced under a pale moon.
In halls made of oak and granite stone,
they drank their fill.

For ancient King and Druid Lord,
their mouths were watered from the golden hoard.
They harvested the blend and stirred the wort,
to make black liquid in barrel old.

On Oak shelves they stored their brew,
ready for lunch at one or two
They ate and drank to their hearts content,
until black liquid had turned to gold.

Far over the Willamette Valley old,
through the trees and meadows gold.
We must away ere break of noon,
to seek the pale enchanted ale.

With his jaw on the floor the Irishman agreed to go on the adventure across the valley to a town that promised a tasty morsel and an Oakshire ale. With that he brushed his beard and combed his toes and was ready to leave. The weather was good but didn't feel too warm when they set off. 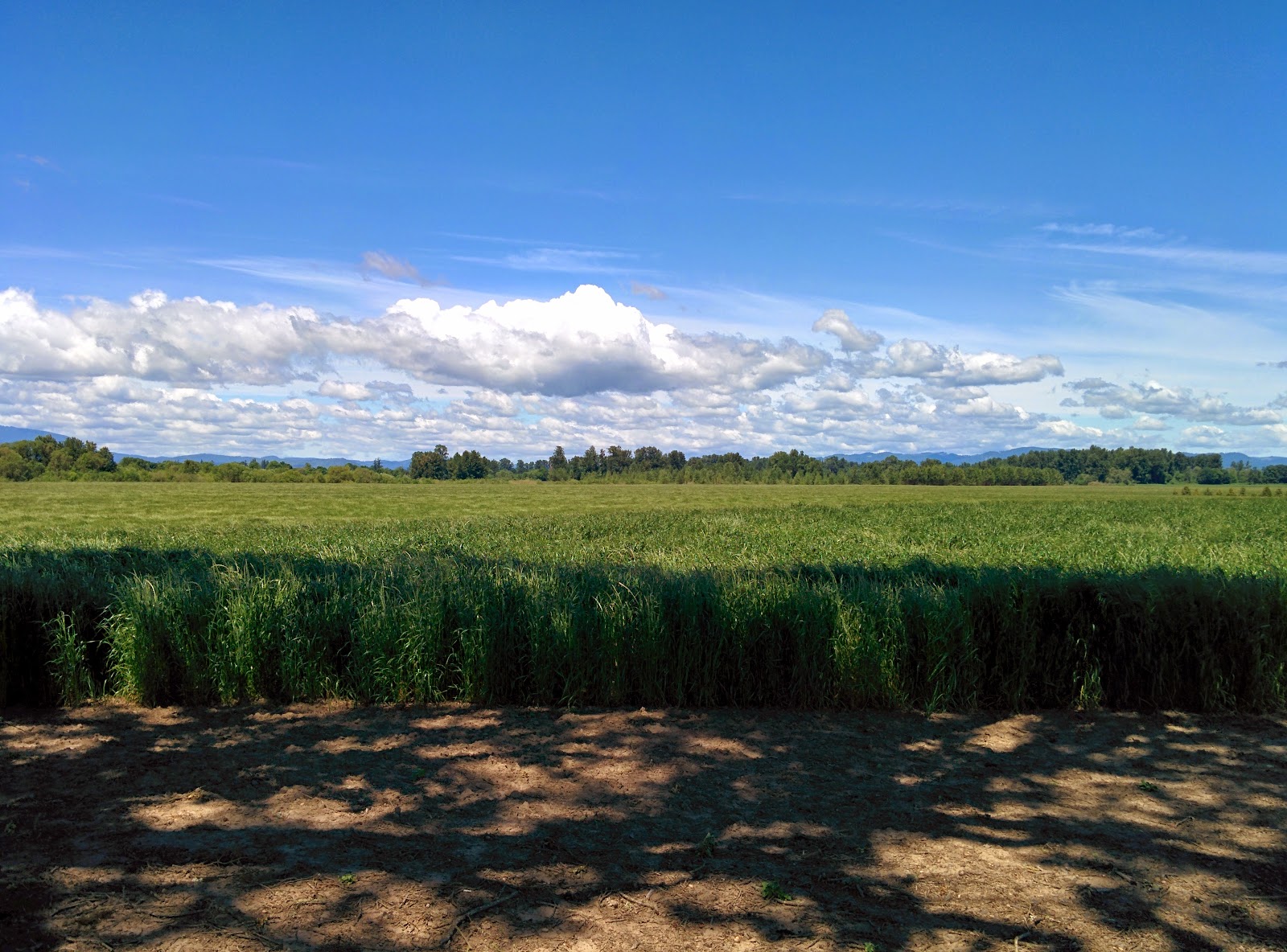 Having accidentally left his magical Nikon behind, the Irishman was forced to use his Nexus 5 to take pictures of the days adventure. He didn't mind this as the camera on the Nexus 5 was pretty good in the bright sunshine they were experiencing. 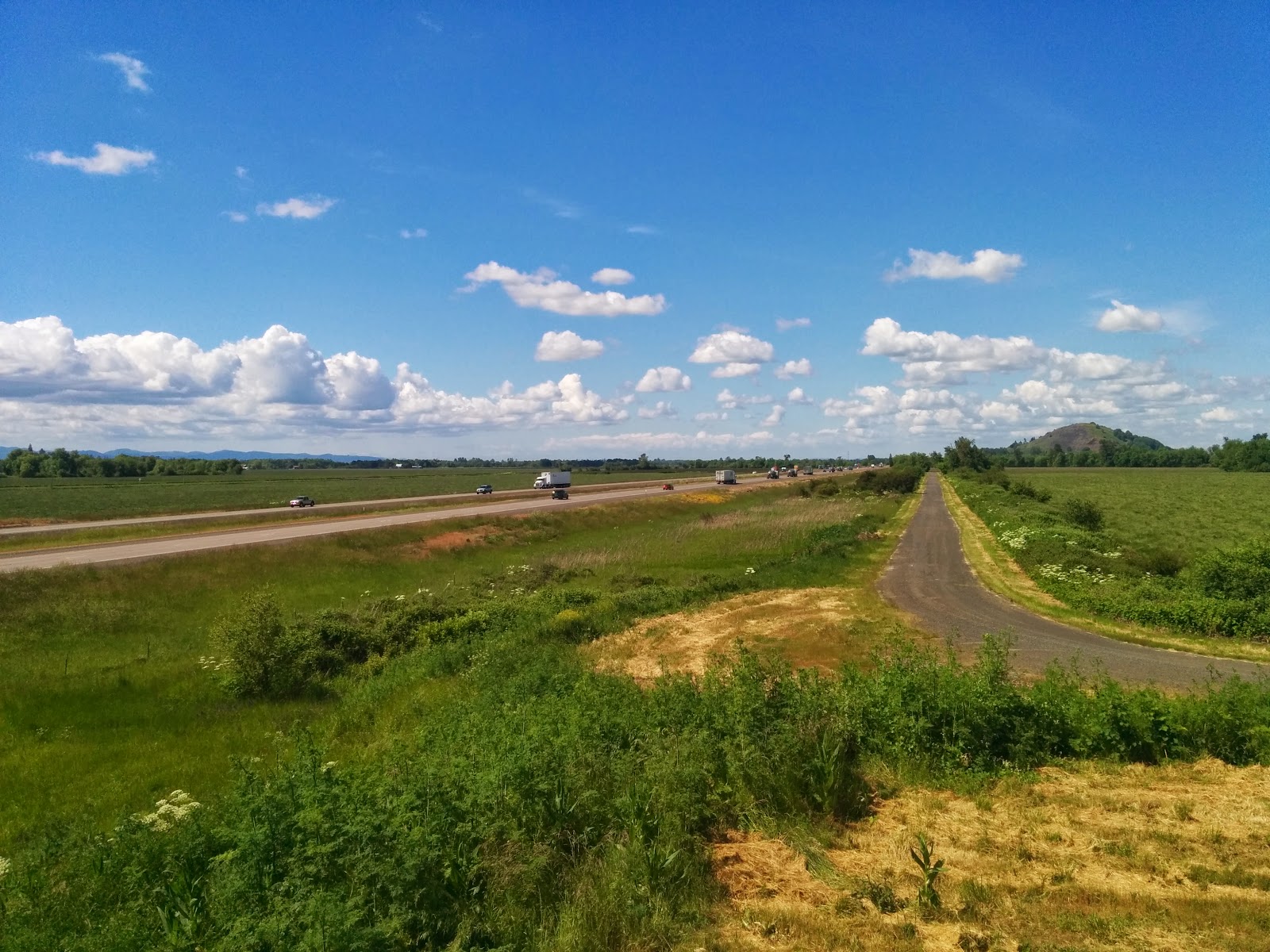 As they travelled the temperature rose and it did start to become a bit uncomfortable. 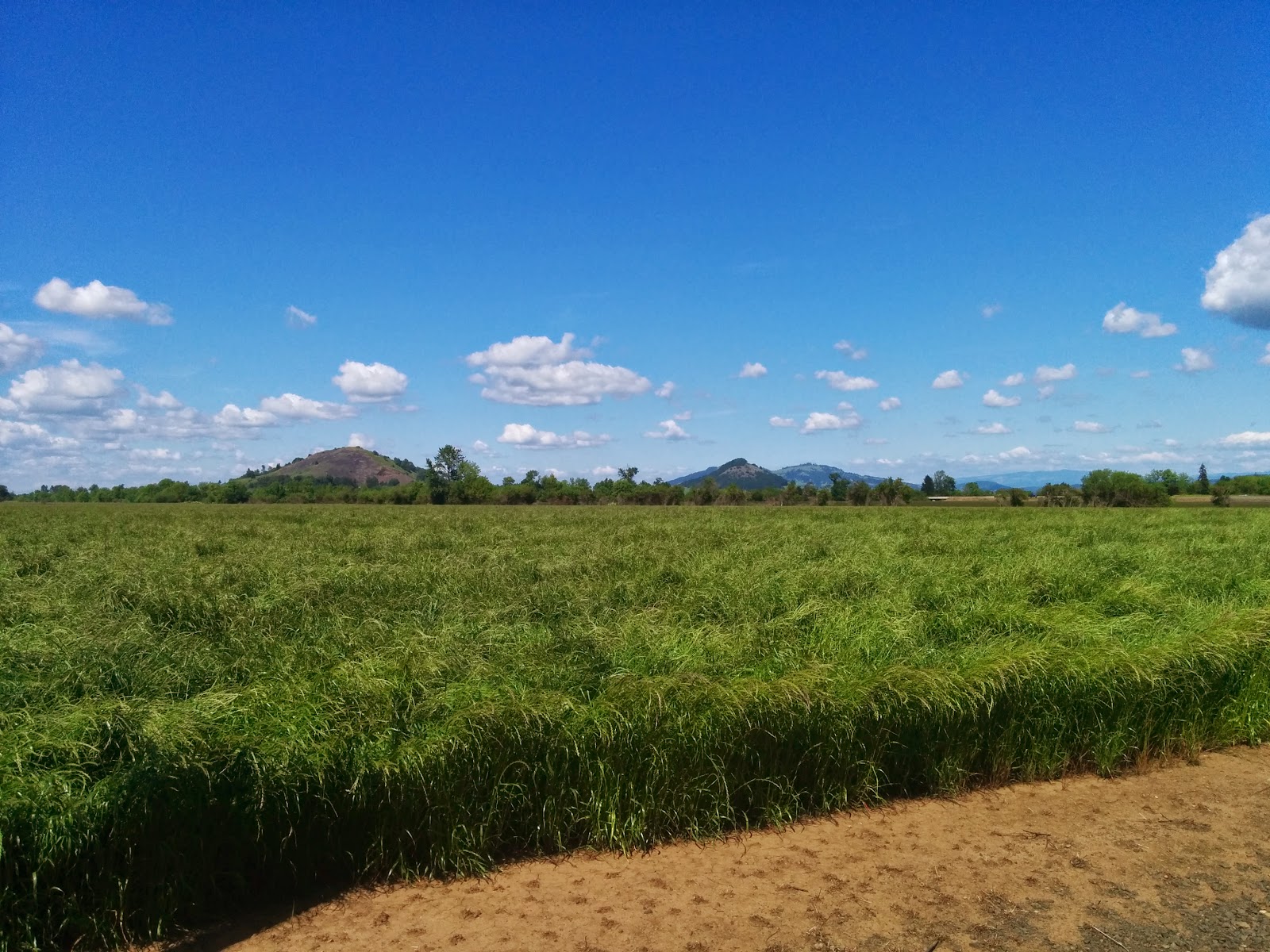 Regular water breaks became a must, not that the Irishman wouldn't have preferred a tastier beverage but this was probably not advisable in the heat. 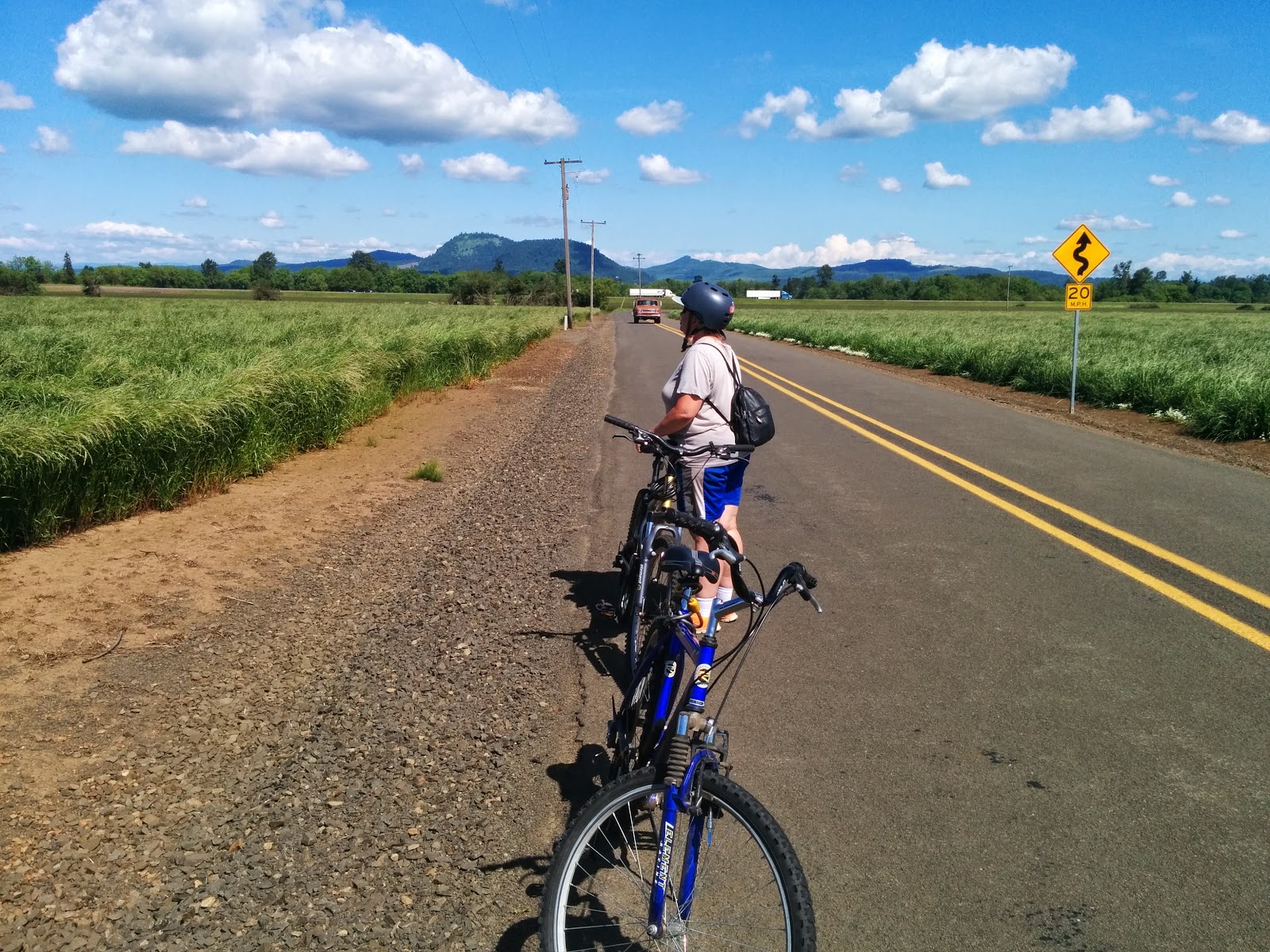 By the end of twenty five miles they were both hurting and in need of food. The Irishman thought to himself "My wife obviously doesn't understand what second breakfast is...never mind second brunch...". But that was about to change, the holy grail was in sight and it was a glorious sight indeed. 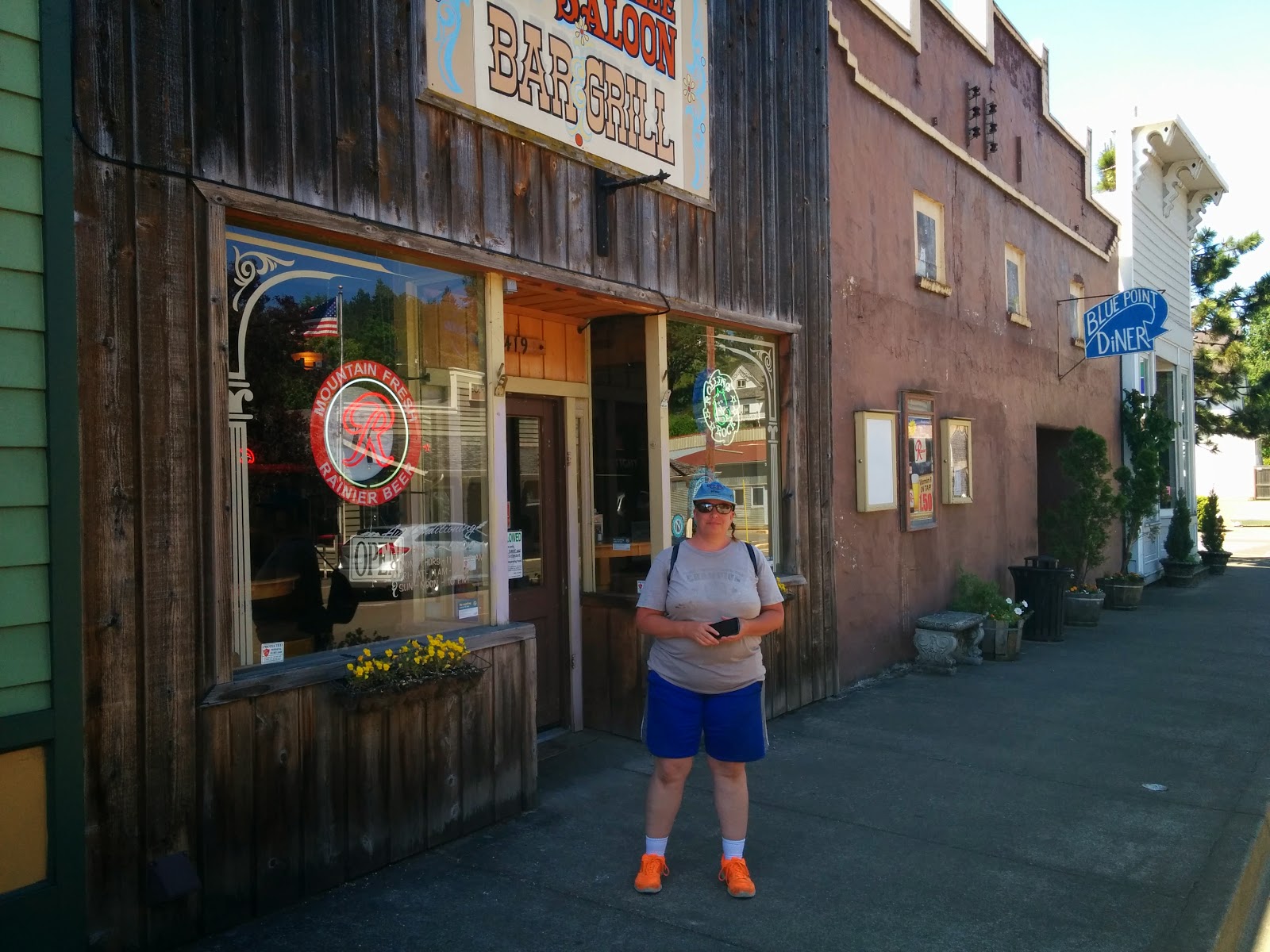 Having been drinking water all the way to the town of Brownsville it was now time to purchase a pint of the good stuff. With plenty of beverages to choose from it was a tough decision that involved a lot of drool. The Irishman couldn't decide if it was food or golden nectar that he wanted first. Finally after some deliberation he settled on an Oakshire Amber Ale to drink which was to be followed shortly after by a Mushroom Swiss Burger served with thick golden fries. 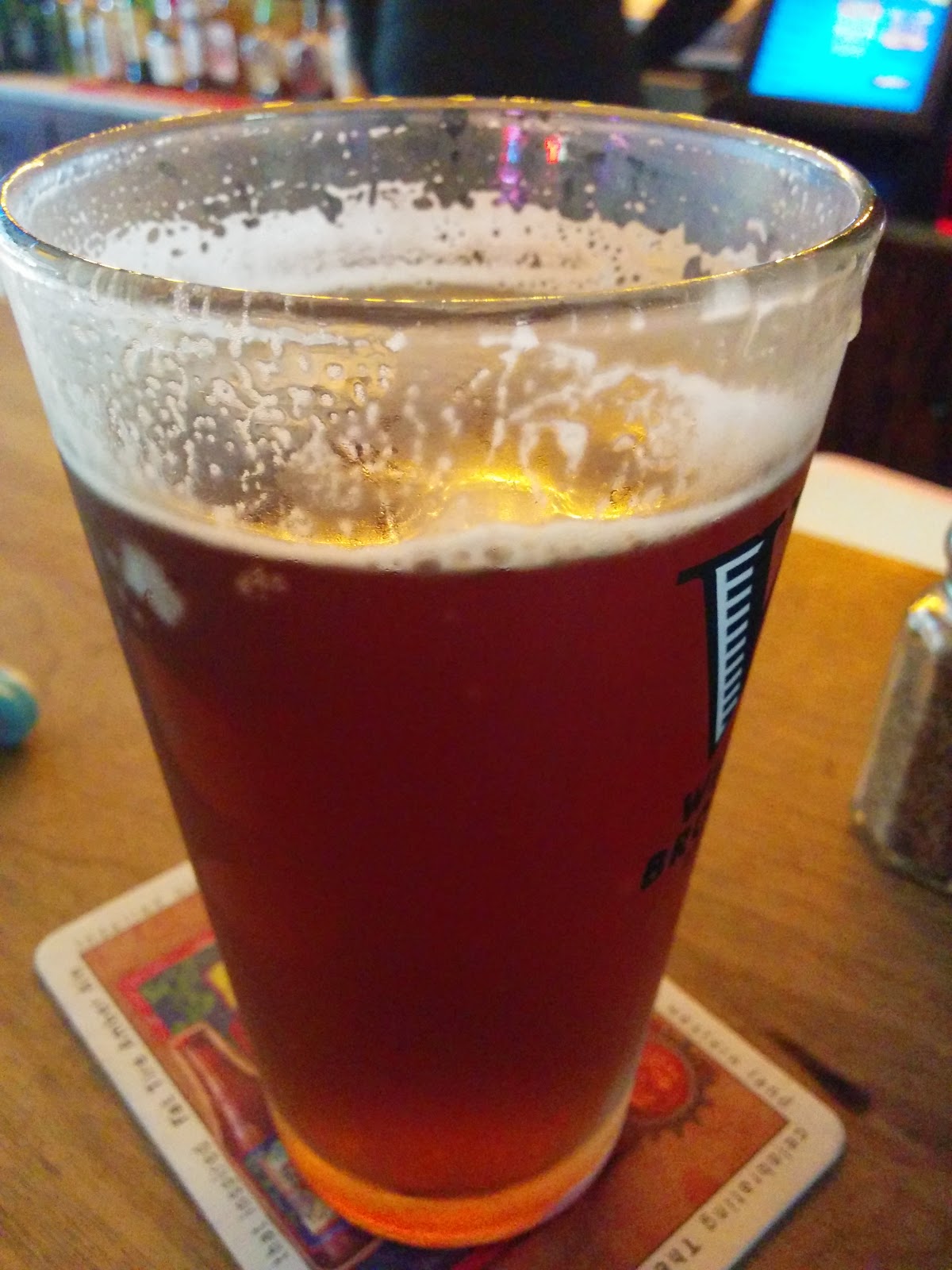 After the meal and beverages were consumed it was time for a quick look around the town of Brownsville before they set off for home. 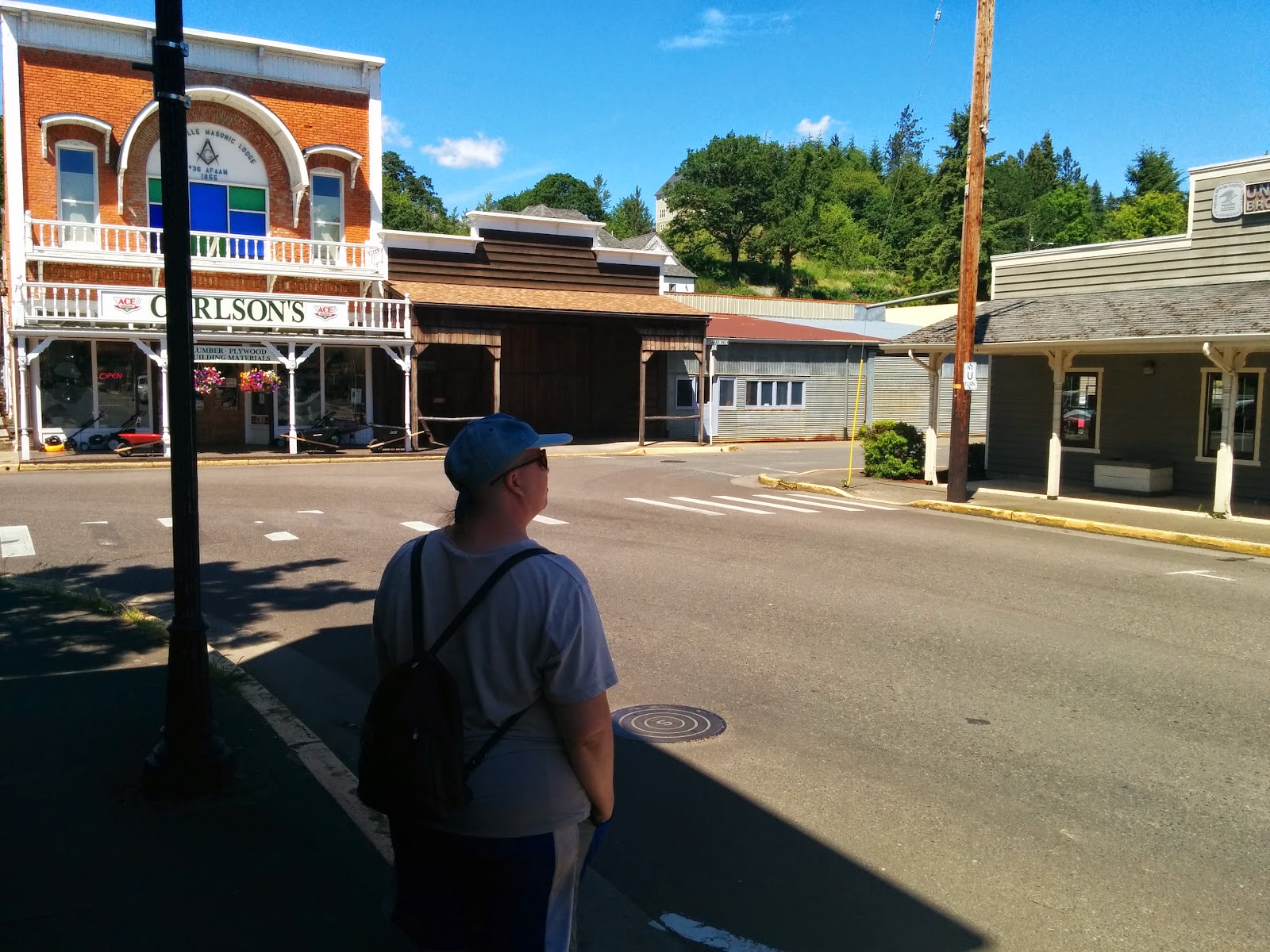 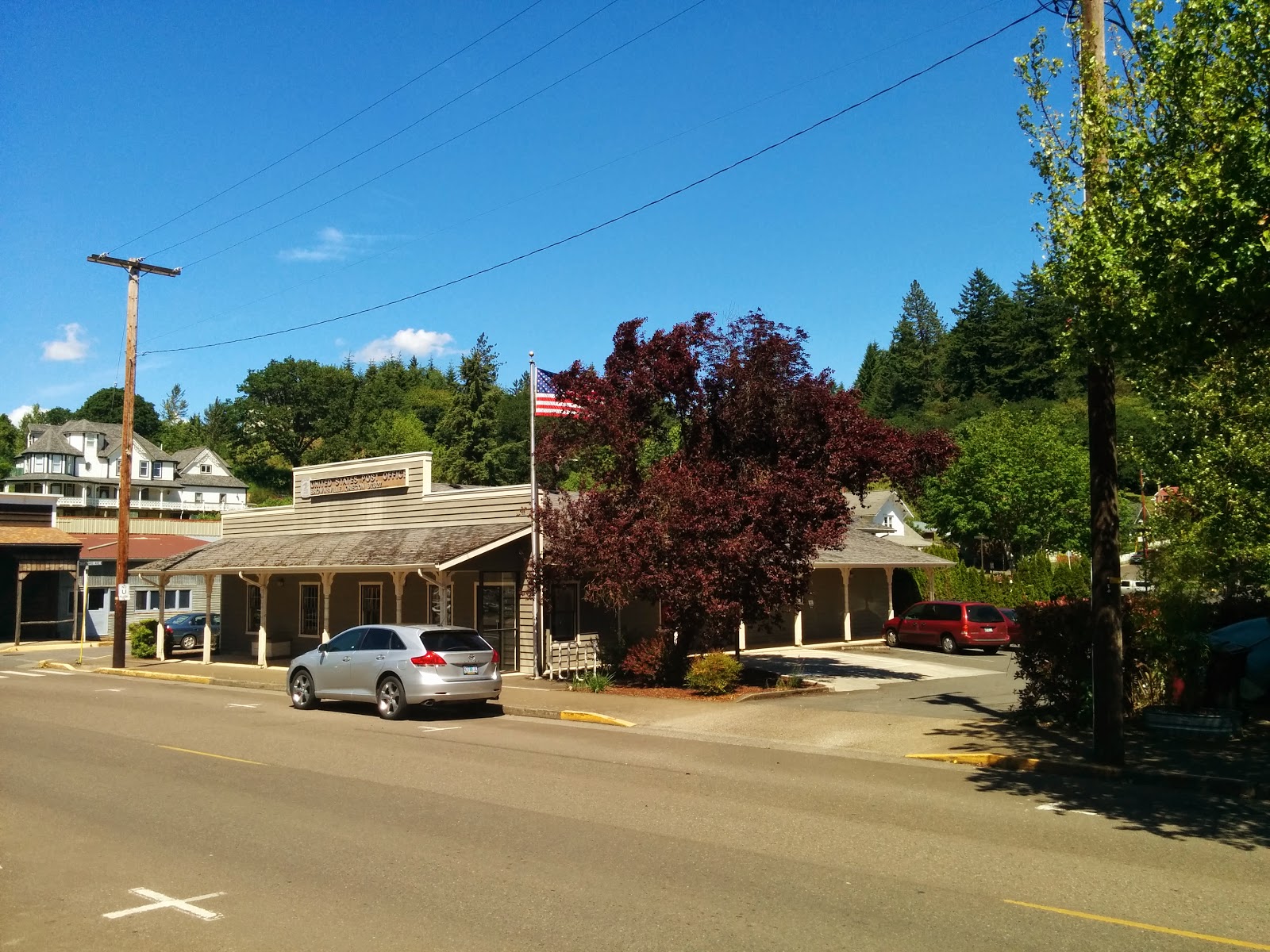 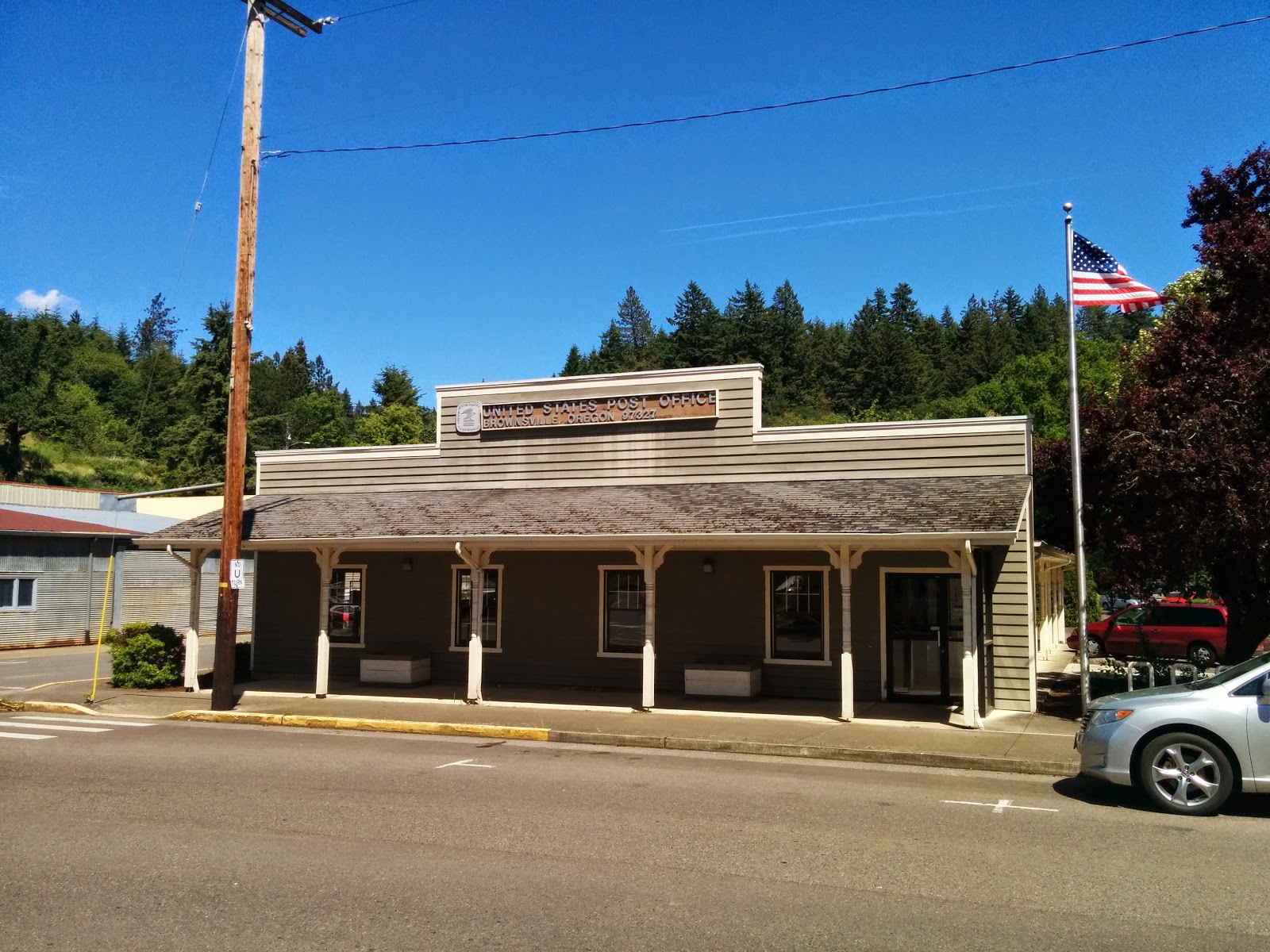 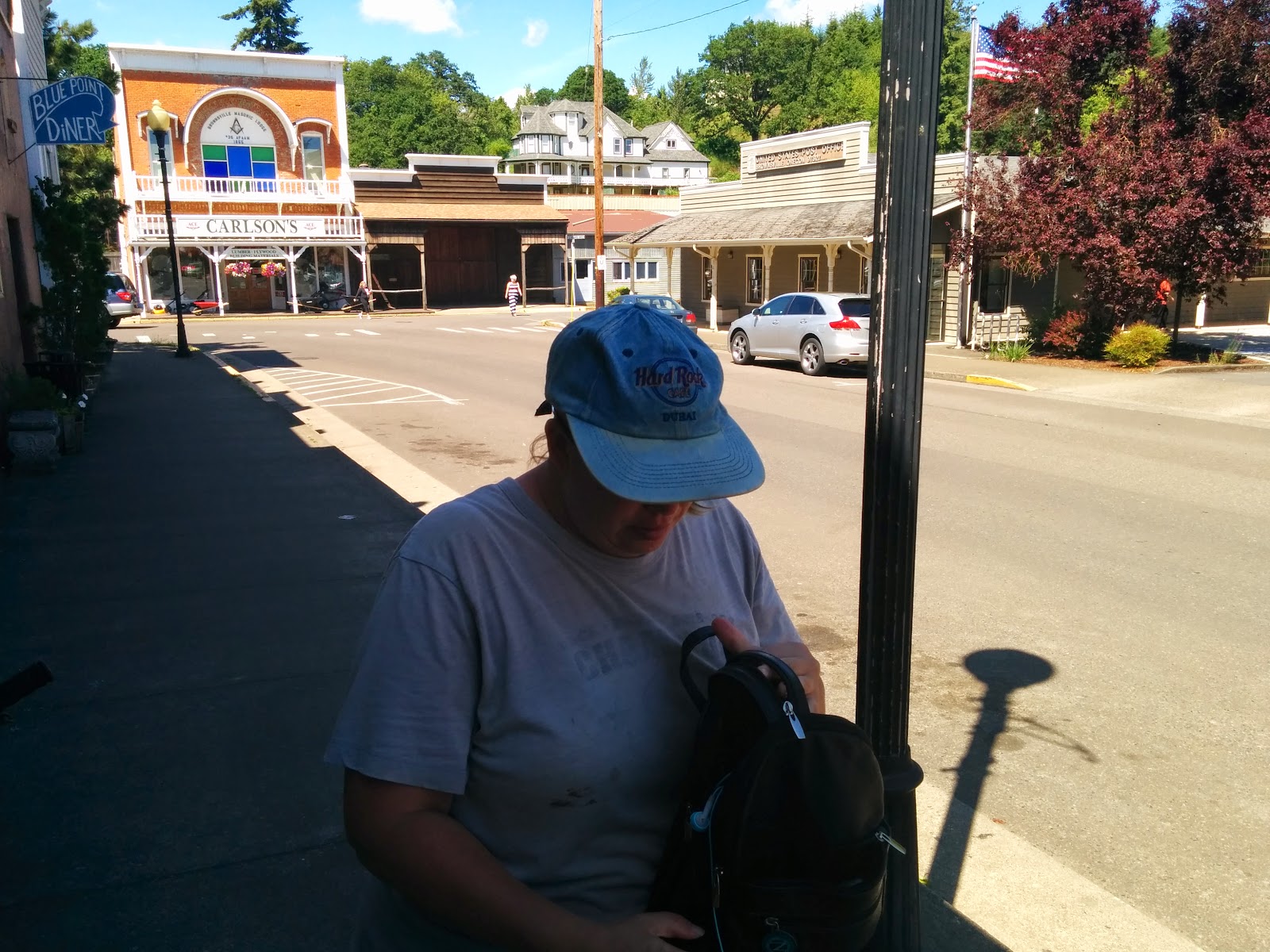 The journey home started off well, the numbing effects of the ale helped to hold off the pain they were feeling in their joints and limbs. Again as with the journey there, regular water breaks became a must every couple of miles. 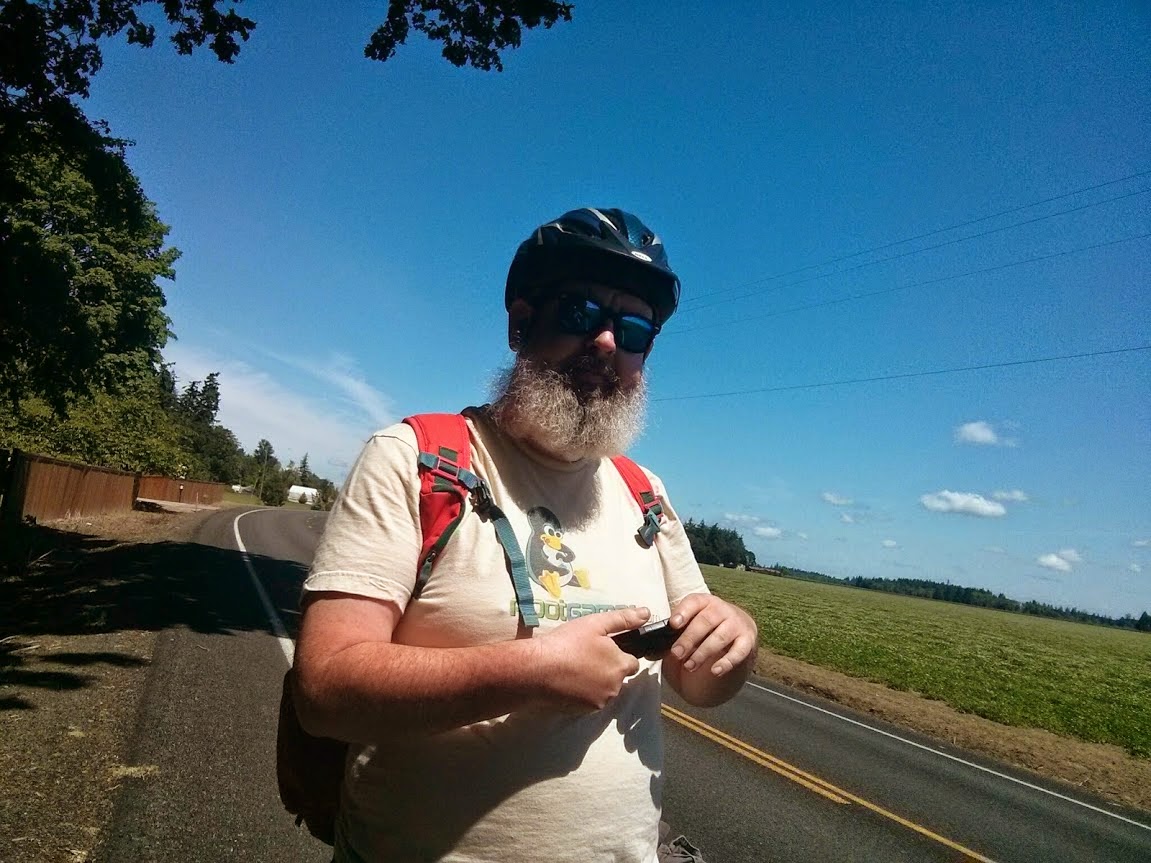 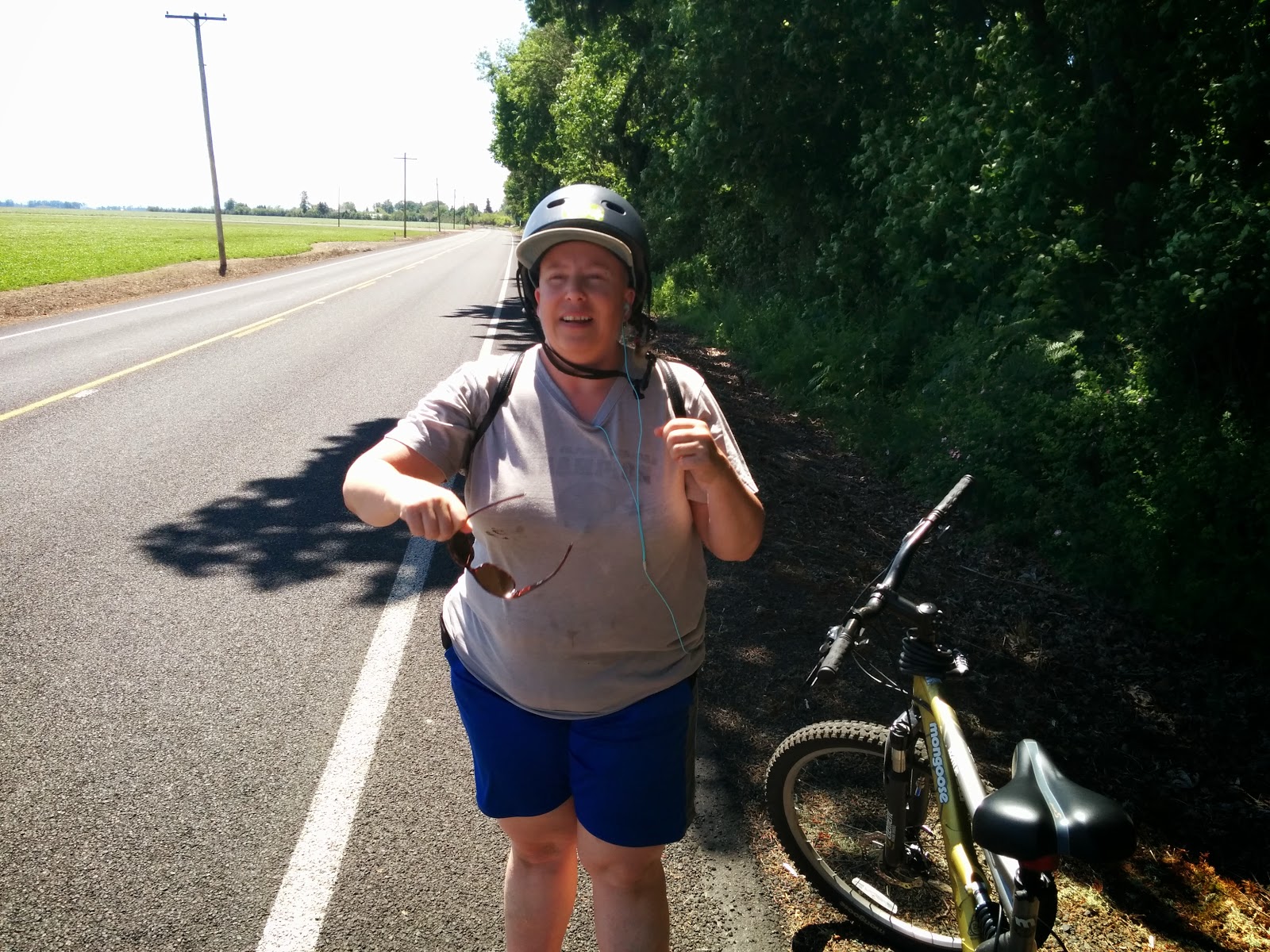 Unfortunately for the Irishman, his forgetting of the sunblock was becoming a real problem. His arms were now glowing red and he was very aware of the intense burning sensation that ran down both arms and across the backs of his hands. Luckily for him they were in site of Flat Tail Brewing, one of the finest establishments this side of the Willamette river. A quick dinner and a pint of Black Nectar and the couple were on the final leg of their days adventure. Fifty miles later, several pints of water, beer and no where near enough food they were home, they had done it. Fifty miles there and back again! 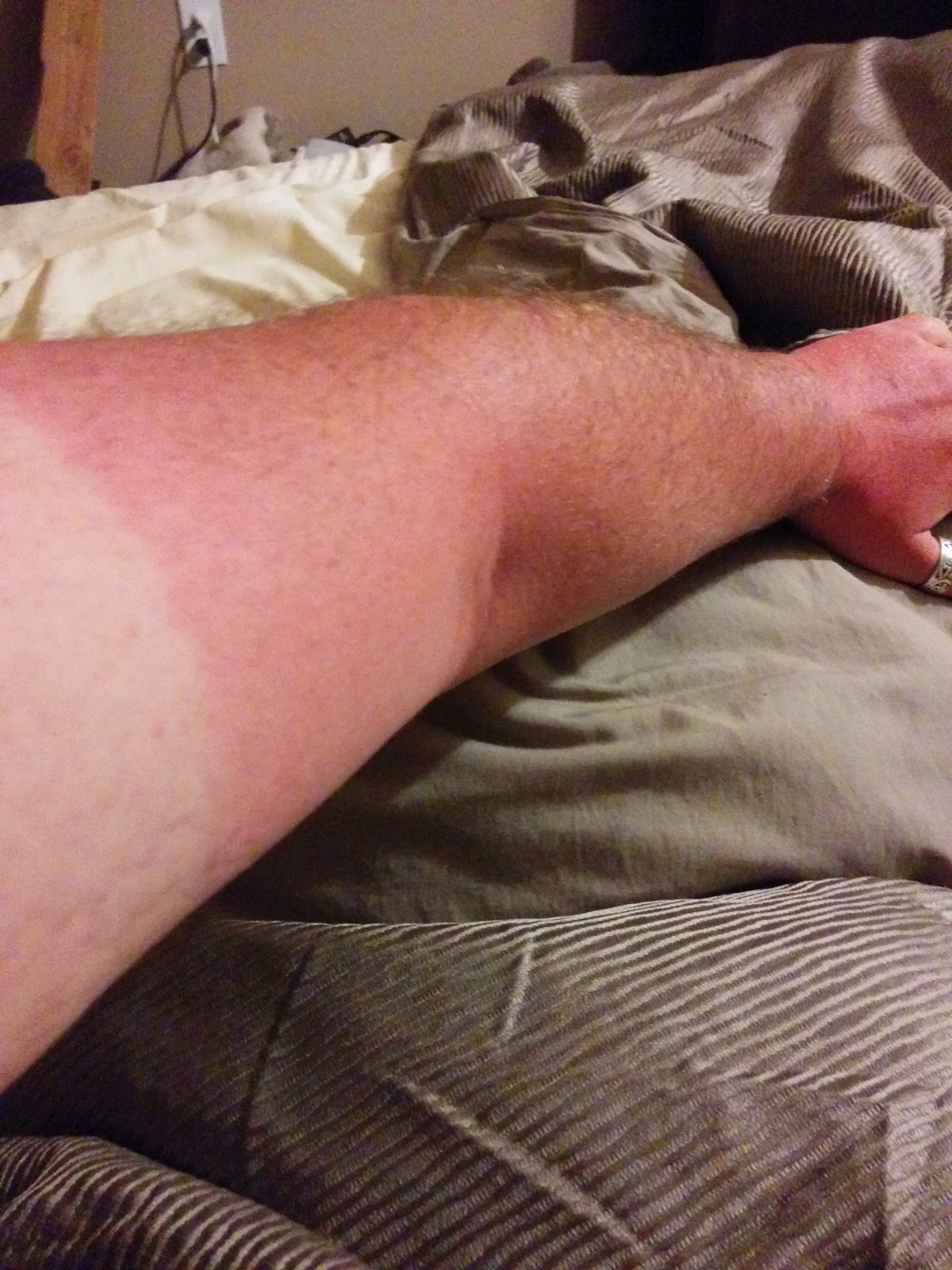